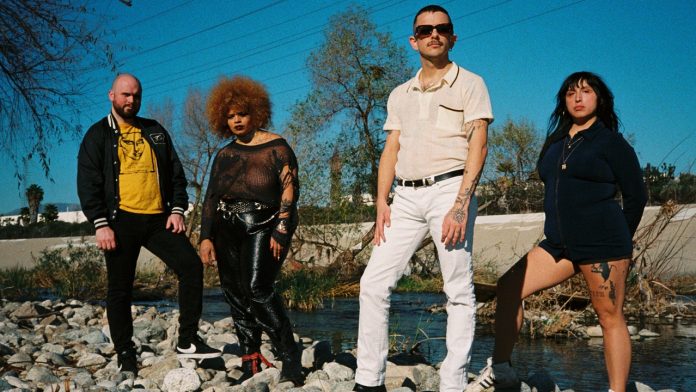 Special Interest have shared their first new music for their new label home, Rough Trade. It’s called “(Herman’s) House,” and it features a video co-directed  by Special Interest and Juicebox Burton. The title character is Herman Wallace, the Black revolutionary of the Angola Three who was held for more than four decades in solitary confinement.

“Despite the sadistic torture they endured, they continued their fight towards Black liberation behind the prison walls,” the band’s Alli Logout and Maria Elena said in a statement. “This song bears witness to our wonder and desire to dismantle the oppressive systems that hinder our possibilities towards true liberation, to annihilate, to destroy and to rebuild with one another. It’s a battle cry for dreamers who persist in spite of and because. This song moves us and it grooves us towards this end, may we go forward but not by ourselves.”

The song’s limited edition 7″ is inspired by ’70s Rough Trade designs and, at participating stores on July 15, will be sold for the original Rough Trade 7″ price point of 99 cents. The B-side is their cover of Amanda Lear’s “Follow Me.”