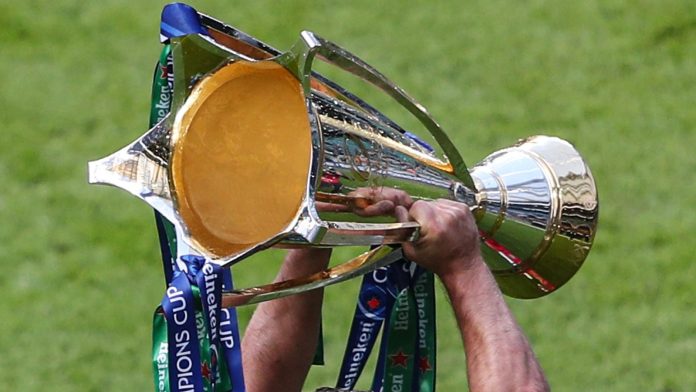 The 2023 Heineken Champions Cup and European Challenge Cup finals will now take place at Dublin’s Aviva Stadium, not the Tottenham Hotspur Stadium; decision partly down to scheduling problems caused by a later finish for next season’s Premier League

The Tottenham Hotspur Stadium will no longer host the 2023 European finals after scheduling issues forced a switch to the Aviva Stadium.

Dublin will now stage the showpiece events of the Heineken Champions Cup and Challenge Cup next year on May 19 and May 20 respectively.

Tournament organisers have acted due to complications caused by the Premier League finishing later than usual because of the 2022 football World Cup, as well as the 2023 Rugby World Cup altering the sport’s European calendar.

Tottenham’s stadium was originally chosen to host the 2021 finals, with the 2020 finals to be played in Marseille. Covid disruption saw the 2020 final played behind closed doors at Ashton Gate in Bristol, however, while the 2021 final was played in front of 10,000 fans at Twickenham, pushing original plans back to 2022 and 2023.

“We are very happy to continue working with Tottenham to stage our finals there soon. It is a sensational stadium with a burgeoning history of hosting rugby matches,” EPCR chairman Dominic McKay said.

“In the meantime, it is exciting to be returning to a rugby heartland at the Aviva Stadium, and we look forward to welcoming fans, clubs, players and stakeholders to what promises to be an outstanding weekend in May next year.

“Following extensive discussions with all stakeholders, including the Aviva Stadium, Dublin City Council and the IRFU, we are delighted to be bringing the Heineken Champions Cup and EPCR Challenge Cup Finals back to Dublin next May.

“The ground has a strong association with EPCR, having staged three finals over the years, and we are very much looking forward to returning to Dublin.”