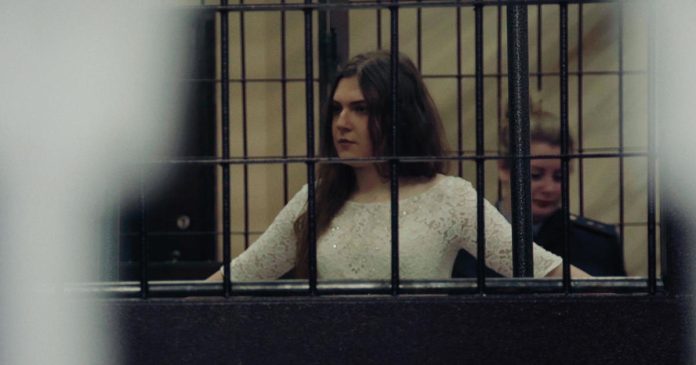 Documentaries examining access to abortion, repression of political activism in Russia, climate change protests and religious persecution are just some of the features to be presented at the 2022 Human Rights Watch Film Festival, beginning Friday and running through May 26.

Now in its 33rd year, the festival will present both in-person screenings in New York City (at Film at Lincoln Center and IFC Center), and via a digital edition streaming nationwide.

The presentations will also feature discussions with filmmakers, film subjects, activists, and researchers from Human Rights Watch, an organization dedicated to shining a light on human rights abuses around the world.

The following are descriptions of the films to be presented. (Not all have been previewed at press time.)

Director Tamara Perkins follows organizer Clarissa Doutherd, a single mother, who is leading a coalition of parents fighting for childcare and early education – all while raising her son and facing a health crisis.

To watch a teaser trailer for “Clarissa’s Battle,” click on the video player below:

A band of environmental activists on the island of Palawan, in the Philippines, aims to halt illegal logging of the rain forest by conducting citizens’ arrests of loggers and confiscating their chain saws. (A lawyer on the team swears this is legal.) But just as they face death at the hands of developers, their allies among local politicians find themselves targeted by President Rodrigo Duterte, who accuses them of engaging in drug trafficking – a virtual, extra-judicial death sentence.

Karl Malakunas’ film pulls us into the desperate fight between defenders of the environment and those who use violence or threats of violence to tamp down political opposition.

To watch a trailer for “Delikado,” click on the video player below:

In 2002 members of China’s Falun Gong hijacked a state TV station to counter government propaganda by broadcasting an infomercial about the outlawed spiritual group. When police conducted raids throughout Changchun City, one Falun Gong practitioner, comic book illustrator Daxiong, fled to North America. Later, he met the only other surviving participant of the hijacking, then living in South Korea. Together, they use testimonials, illustrations and 3D animation to tell a story of censorship and religious persecution.

To watch a trailer for “Eternal Spring,” click on the video player below:

Featured at the recent Sundance Film Festival, “The Janes” tells the story of an underground network of women who helped facilitate safe, affordable abortions in pre-Roe v. Wade Illinois, at a time when abortion was a felony in the state.

Directed by Oscar-nominee Tia Lessin (“Trouble the Water”) and Emmy-nominee Emma Pildes (“Jane Fonda in Five Acts”), the film offers first-hand accounts by women involved in the clandestine group, many speaking for the first time.

To watch a trailer for “The Janes” click on the video player below:

Filmed in western Myanmar during years of tension between the ruling Buddhist majority and the Rohingya minority, Snow Hnin Ei Hlaing’s emotionally affecting story tells of the relationship between the Buddhist owner of a medical clinic and her Muslim Rohingya apprentice midwife, who strive to offer basic health services to Muslim women (who are persecuted and denied basic rights elsewhere) at the cost of their own safety. Winner, World Cinema Documentary Special Jury Award (Excellence in Verité Filmmaking), Sundance Film Festival.

Filmmaker Anna Shishova follows the case of several young Russians who found themselves arrested and under trial as terrorists, after an alleged undercover FSB agent corralled them into forming a group supposedly promoting violent extremism with an intent to topple the Russian government. In the process, the mother of the teenage Anya transforms from an ardent supporter of Putin to a political activist herself.

Shishova’s interviews with Anya and her family, combined with hidden camera footage used as evidence and the laughable court proceedings, provide an intimate look at political repression against even the most vulnerable members of society.

More than 20 years ago, director Ike Nnaebue, a celebrated figure in the emerging cinema of Africa, left his native Nigeria in the hopes of emigrating to Europe. In this documentary, he retraces the path he took then – from Benin to Mali, Mauritania and Morocco, where his trip was prematurely ended – and meets young people today who are following a similar, danger-filled journey. Winner, Documentary Award, Berlin International Film Festival.

To watch a trailer for “No U-Turn” click on the video player below:

This behind-the-scenes look at the origins of the British climate protest group Extinction Rebellion (XR) shows how their mass actions of civil disobedience, resulting in more than 1,000 arrests, became a tipping point for U.K. lawmakers to engage with the subject of climate change. But tensions within XR threatened to stall their success on the front lines of social activism.

To watch a trailer for “Rebellion” click on the video player below:

“Up To G-Cup” (World Premiere)

In Suleimaniyah, in the Kurdish Autonomous Region of Iraq, a lingerie store – the first in the area – becomes a haven for women to talk about war, trauma, male domination, morality, sensuality and love.

To watch a trailer for “Up to G-Cup,” click on the video player below:

“You Resemble Me” (New York Premiere)

Directed by Dina Amer, this narrative feature (executive-produced by Spike Lee, Spike Jonze, Riz Ahmed and Alma Har’el) traces the life of Hasna Aït Boulahcen, a young woman living in France, and what contributed to her radicalization to become, as she was dubbed by the media, “Europe’s first female suicide bomber” after the November 2015 Paris terror attacks.

To watch a trailer for “You Resemble Me,” click on the video player below:

For more information about screenings, and in-person and digital screening tickets (including a discounted digital pass to all films), go to the Human Rights Watch Film Festival website.

To watch a trailer for the 2022 Human Rights Watch Film Festival, click on the video player below: