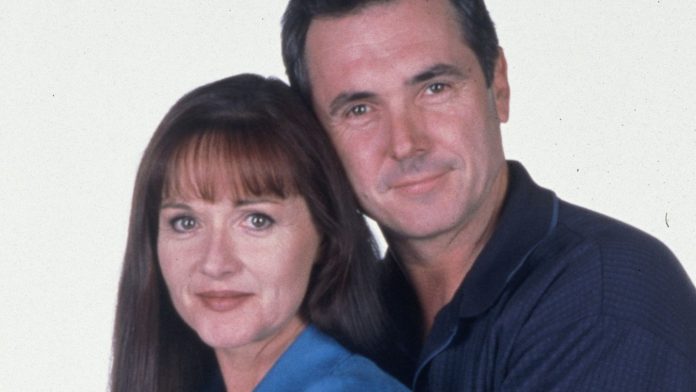 The 65-year-old has now reassured his followers on social media by explaining he lost his trademark grey hair and stubble due to a battle with alopecia areata, which he said caused patchy hair loss.

He wrote on Instagram: “There’s been concern expressed on the web that I am unwell. I can assure you I am fit and well and very busy filming the last episodes of Neighbours EVER!

“I have a disorder called alopecia areata that causes patchy hair loss. I have recorded a video explaining the condition which you can view on my website and on the Neighbours Facebook page.

“Thank you for your concern and support. Fletch.”

In a video uploaded to Neighbours’ official Twitter, he removed his hat to show his new look and said many people would be shocked.

Fletcher said: “I shaved my beard off, and then my hair became so patchy on my head I had to get rid of most of that as well.

“Now UK audiences have seen Dr Karl without hair, Australian audiences will see on 2 June so stay tuned for that.

“I have no problem with it, in fact, it’s kind of fun.

“But let me assure you I’m absolutely fit and well and thank you for your concern.”

Fans have also been preparing to see less of his popular character Dr Karl Kennedy as Neighbours comes to an end after 37 years this summer.

The last episode is set to air in August.