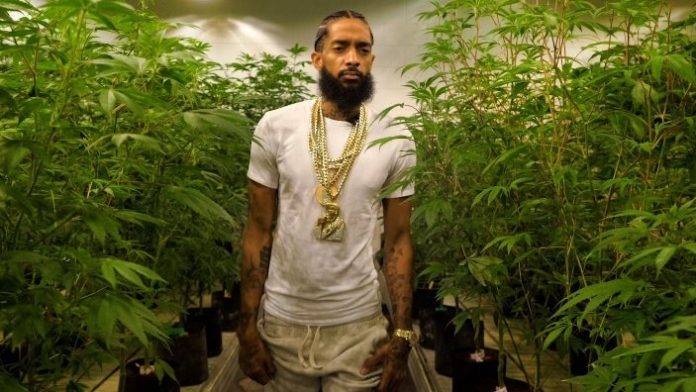 The Los Angeles–based rapper’s murder in the spring of 2019 shocked the music community. Beyoncé, Kendrick Lamar, Rihanna, Drake, YG, and more all paid tribute. In 2020, Nipsey won a posthumous Best Rap Performance Grammy for “Racks in the Middle” and a Best Rap/Sung Collaboration trophy for his appearance on DJ Khaled’s “Higher.”

The late rapper has since appeared on a few posthumous tracks, with artists including JAY-Z (“What It Feels Like”) and Big Sean (“Deep Reverence”). This year, Dr. Dre released “Diamond Mind,” which featured another Nipsey guest verse, through a Grand Theft Auto Online expansion. Nipsey was also honored with a star on the Hollywood Walk of Fame last year. The man charged with shooting and killing him in front of his Marathon Clothing store three years ago is set to go to trial at the start of June.