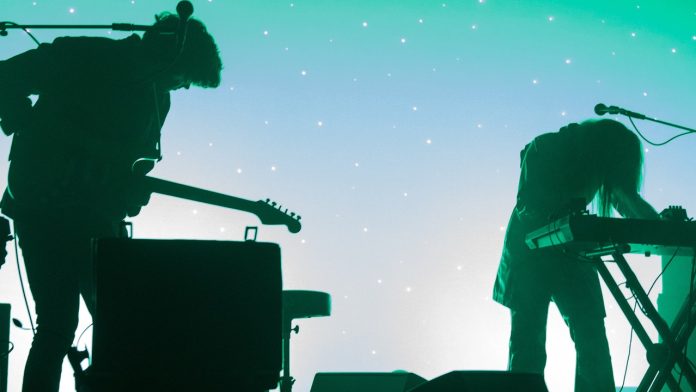 Beach House appeared on The Late Show with Stephen Colbert on Thursday (May 19) to perform “Superstar” from their recent LP Once Twice Melody. Watch it happen below.

Colbert returned to his show his week after dealing with a “recurrence of COVID-19.” Beach House released their eighth album Once Twice Melody in February, four years after its predecessor 7. They have since been in the studio with Kanye West for undisclosed purposes. Earlier this month, the band announced that they’d written their first film score, for Netflix’s Along for the Ride, an adaptation of a 2009 Sarah Dessen novel.

Read Pitchfork’s feature “Beach House Are Still Surprising Each Other.”