Home World The Complex Ways Humans Empathize With Other Animals 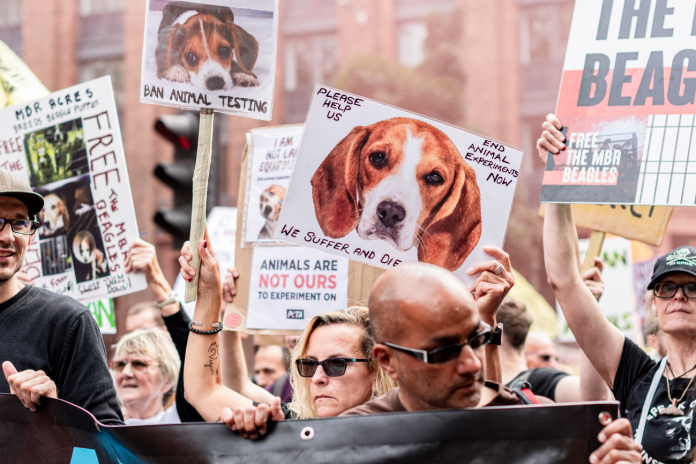 It was a commercial that sent many people scrambling for the remote: A brutal montage of depressed dogs and wounded cats looking sadly at the camera while Sarah McLachlan’s song “Angel” played in the background. McLachlan herself later appeared, imploring viewers to help put an end to animal suffering with a donation to the American Society for the Prevention and Cruelty to Animals.

The ad worked. Within a year, the ASPCA raised $30 million, their greatest ever fundraising effort. And the ad demonstrated that people are capable of great empathy for other animals — or, rather, some of them.

Animal suffering can also be easily ignored by humans, which makes empathy a complex topic to study. As scientists continue to learn more about what motivates a person to feel for another animal, their results could have a big impact on conservation centers, animal welfare laws and environmental protection policies.

Empathy for animals is an important research area for conservation groups. Aquariums, zoos, sanctuaries and other nature centers strive to build a connection between visitors and the animals on location that might extend to empathy for those in the wild.

Social scientists identify various types of empathy that translate to different real-life scenarios. Affective empathy, for example, is the ability to feel the perceived emotions or feelings of others, while cognitive empathy involves understanding the experiences of others and imagining their reality. Both affective and cognitive empathy are considered distinct neurological processes.

Empathic concern, on the other hand, is the motivation to end another’s suffering. Neuroscientists say empathic concern is supported by several regions of the brain associated with social attachment and caregiving — the ventral tegmental area, caudate nucleus and subgenual anterior cingulate cortex. Empathic concern sparks action, and can be motivated by either negative or positive stimuli.

Positive and negative empathy prompts distinct neurological responses, but both can inspire a person to help. For zoos, sanctuaries and other conservation groups, positive empathy may motivate a visitor to make financial contributions; if a visitor, for example, enjoys looking at the zoo’s newborn elephant, they may make a donation in order to support the animal. Similarly, feeling horrified after watching a hobbling dog on the ASPCA commercial can prompt a person to become a monthly donor.

Although negative empathy has proven to work with domestic animals, scholars have found a great divide among the creatures that human beings are willing to view as worthy of our emotions.

Some animals, like penguins, are the shining star of both documentaries and animated films. Others, like deer, may be seen strapped to the roof of a pickup truck after a successful hunting trip. What makes one animal worthy of empathy but not another? Scientists call this speciesism, the process in which we distance ourselves from other animals and prioritize human interests. Thus, some animals are used for food, clothing and transportation while their habitats are destroyed in the interest of expanding our own.

When it comes to speciesism, we privilege one animal over the next — particularly those that help or interact with us. The Labrador retriever that splashes into a lake on a hunting trip is a prized member of the family, whereas the duck is dinner. And while mice are often viewed as pests, the cat who chases them from a basement is rewarded with a four-level cat tree in the TV room.

Media scholars attribute speciesism to a lack of media coverage. Animal abuse is rarely a news item, and industrial investigations risk offending corporate sponsors. A fair-trade dairy company, for example, is less likely to advertise on a news show that investigates how it separates newborn calves from their mothers. The media landscape simply doesn’t have much space for stories about engaged or abused animals.

But do humans have the headspace for it? Social scientists are trying to understand why and when humans empathize with other species.

A group of psychology researchers at Penn State University wondered whether people would choose to empathize with a human or another animal, if given the option. Their study, published this year in the Journal of Social Psychology, began by giving participants a clear choice: Would they rather listen to a scenario and empathize with a human? Or a koala bear?

“When given the choice between human or animal, they preferred human,” says C. Daryl Cameron, an associate professor of psychology at Pennsylvania University and the study’s lead author.

In the next phase, the researchers tweaked this task so that participants responded to a scenario involving first humans in either an objective or empathetic manner — and then again with koalas. With humans, most study participants opted to be objective. “For animals, in contrast, there was no empathy avoidance,” Cameron says. “They were more likely to choose empathy.”

The study’s authors concluded that context matters when it comes to animals and empathy. In the first trial, when people chose either humans or koalas, participants picked people. But when humans and koalas were separated and no longer in competition with each other, people were willing to be empathetic toward the other species.

What does this mean outside the laboratory? Cameron says environmental policies could be improved if the public doesn’t view habitat preservation as coming at humans’ expense. The problem occurs when situations are pitted as an “us versus them scenario” between humans and other animals. Most people, including those in Cameron’s study, will prioritize their own species if they feel forced.

“Plenty of people might say, ‘of course I empathize with animals,’” he says. “But when given the choice in the moment to actively engage with empathy for animals, they act differently.”