Home Sport Osaka’s fears over French Open return: I was worried about this presser 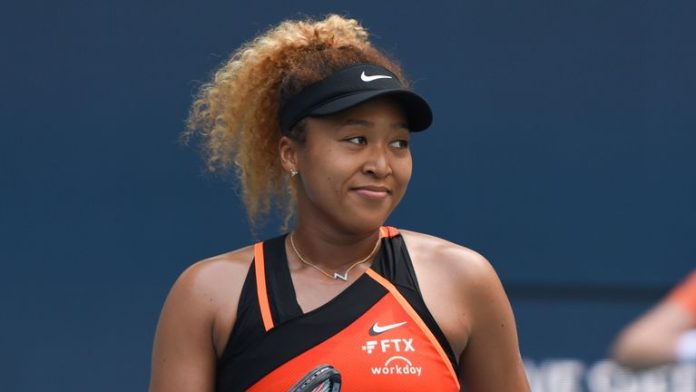 Naomi Osaka was ‘worried’ about her press conference after boycotting post-match media duties at last year’s French Open for mental health reasons; “I was also very worried about this press conference because I knew I’d get a lot of questions about this”

Naomi Osaka admitted she was “very worried” about returning to Roland Garros after last year’s furore that led to her withdrawal.

Osaka announced on the eve of the tournament that she would not be fulfilling her media duties and, after being threatened with expulsion, pulled out ahead of her second-round match and opened up about her mental health struggles.

The four-time Grand Slam champion also sat out Wimbledon before playing her home Olympics and the US Open but then shut down her season, saying she needed more time away from the court.

The issue also cast a spotlight on tennis majors’ pressure-cooker post-match media mandates, as Roland Garros organisers conceded they could “do better” on mental health.

The 24-year-old has been seeing a therapist and returned for the start of the season in Australia with a new focus on enjoying her tennis under coach Wim Fissette.

She has largely cut a more relaxed figure but was left in tears at Indian Wells in March after being heckled by a spectator.

Speaking to reporters in Paris, she said: “I’m not going to lie. When I first came here, I was very worried. Of course I also didn’t like how I handled the situation but I was worried that there were people that I offended in some way and I would just bump into them.

“But I think everyone has been really positive, for the most part. I was also very worried about this press conference because I knew I’d get a lot of questions about this.

“But I think, where I am right now, it hasn’t left my mind, of course I’m still thinking about it, and I’m kind of also prepping just in case I go on the court and a fan says something like in Indian Wells. For the most part I think I’m OK.”

Osaka is not seeded having dropped to 38th in the rankings, although that is a significant improvement on the beginning of February when, having lost in the third round of the Australian Open, she fell outside the top 75.

A run to the final of the Miami Open has been the highlight of her season so far but her attempts to find her feet on clay have been hampered by an Achilles problem.

The draw handed Osaka a rematch with American former semi-finalist Amanda Anisimova, who she lost to at the Australian Open having held two match points.

“My reaction was I thought that (coach) Wim was joking,” said Osaka.

“I had a dream a couple of days ago that the draw came out, and I had to play Iga (Swiatek). I was scared because I was thinking what’s the worst possible player to play when I’m unseeded. She came in my mind, so thank God that didn’t happen.

“I think that we both will draw from the experiences. I think me having two match points is comforting. I wouldn’t say I don’t want to play her (Anisimova), because I feel like I’m the type of person that, if you beat me, it motivates me more to win.”