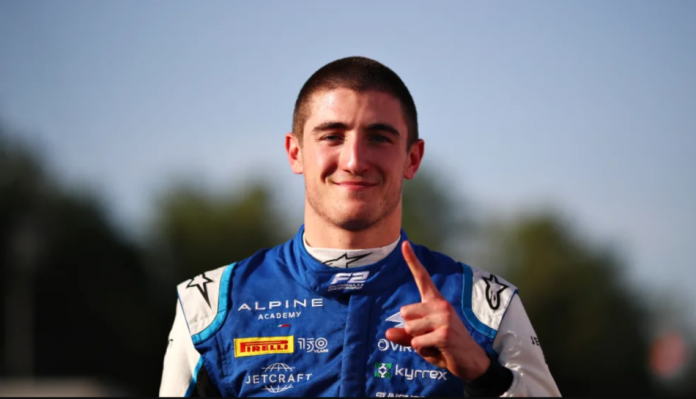 Leaving his best till last in Qualifying, Virtuosi Racing’s Jack Doohan stormed his way to a second pole position in Formula 2. The Aussie managed to hold off an extremely late charge from Hitech Grand Prix’s Jüri Vips, which saw the Estonian driver leap up from last to second and ahead of ART Grand Prix’s Frederik Vesti in third.

The session got underway with only 21 drivers taking part, as Campos Racing’s Ralph Boschung withdrew from the event after suffering with neck pain, which he sustained during the third round in Imola.

Despite the early evening timing, nailing their preparation laps and getting the soft Pirelli tyres in their ideal operating window was going to be a vital factor as temperatures remained around 39.9°C – all while jostling for position around the Circuit de Barcelona-Catalunya.

Carlin’s Liam Lawson was quick out of the blocks, becoming the first driver to set a representative lap. His time of 1:30.753 was immediately beaten by his teammate Logan Sargeant, before Théo Pourchaire and Marino Sato jumped to the top of the timing sheets in quick succession.

Jehan Daruvala then set the benchmark to go fastest with a 1:29.512. Whilst most of the grid clocked in a lap time early on, Marcus Armstrong, Doohan, Felipe Drugovich and Richard Verschoor decided to use the alternative strategy and wait for quieter conditions during the mid-point of the session.

Taking advantage of the empty track, Drugovich went aggressive and threw his MP Motorsport car into the final chicane to go three-tenths clear of Daruvala. However, that time wasn’t destined to last for long as Doohan clocked in a 1:29.147 to pip the Brazilian by 0.043s.

READ MORE: ‘Strong results are bringing out the best in me’ – Drugovich enjoying best F2 form

Vips will line up in P2 for Sunday’s Feature Race

All eyes then turned to the PREMA Racing duo, as Daruvala regained the top spot by over two-tenths of a second and Hauger climbed up into fourth. As the pair hopped out of their cars, their rivals’ weekends rested on their performance in the dying minutes of the session. It was Doohan who made the most of it to snatch provisional pole with a 1:28.612. Vesti also benefitted from the late running, shooting up from 17th to second.

There was one driver left who could deny Doohan the two points for pole – Vips, who was back behind the wheel of the Hitech following his Formula 1 Free Practice debut earlier in the day. Getting over the line just in the nick of time, the last-placed driver pushed it to the limit, but it wasn’t enough to overhaul the Virtuosi’s time, crossing the line 0.023s slower and finishing the session P2.

Daruvala eventually had to settle for fourth, ahead of Sargeant and Iwasa. Pourchaire ended the session seventh-fastest with Van Amersfoort Racing’s Jake Hughes in eighth. Calan Williams put in another promising performance for Trident to qualify in ninth, as Drugovich rounded out the top 10.

The Brazilian will line up on reverse grid pole for Saturday’s Sprint Race when the lights go out at 5:40PM local time.