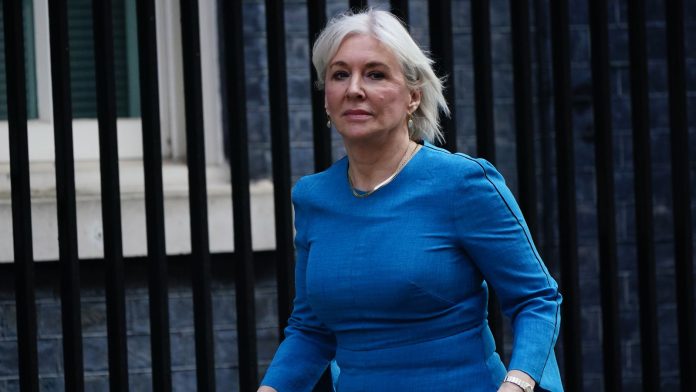 Culture Secretary Nadine Dorries is being called to correct the record after claims she made in Parliament were branded “unfounded” and a “blatant lie”.

Speaking to the Digital, Culture, Media and Sport Committee on Thursday, Ms Dorries alleged that a Channel 4 reality show she appeared on in 2010 used actors.

But both the production company and the people who were on the show with the cabinet minister disagree with this version of events.

The Tower Block of Commons show saw members of Parliament “leave behind the splendour of Westminster and their comfortable homes for eight days and nights to live in council tower blocks estates in some of Britain’s most deprived neighbourhoods”.

Ms Dorries went to share a flat with sisters Rena and Renisha Spaine on the South Acton estate, in west London.

Speaking on Thursdays to MPs, Ms Dorries said: “The parents of the boys in that programme actually came here to have lunch with me, and contacted me to tell me, actually, they were in acting school, and that they weren’t really living in a flat, and they weren’t real.

“And even, if you remember, there’s a pharmacist or somebody that I went to see who prepared food – she was also a paid actress as well.”

Speaking to Sky News, Rena Spaine said: “It was a blatant lie and she knows. I don’t know where she is getting that rubbish from.

“She was a nightmare, a different person when the camera was rolling. It has made me feel disgusting, stop telling lies about me.”

Labour’s Rupa Huq, who is the MP for Ealing Central and Acton and also a member of the DCMS committee, said: “I was shocked to hear the claim that one of my favourite reality shows ever had been fabricated – a serious allegation if that is the case.

“I hope Nadine Dorries has not inaccurately described some of my constituents on the South Acton estate of being actors.

“This is one of the most deprived areas of west London, and the day-to-day struggles of people there are very real. If she has misled the committee, the secretary of state needs to correct this speedily.”

A Channel 4 spokesperson said: “This is the first suggestion we have heard that viewers were misled about contributors on Tower Block of Commons.

“We will be contacting the secretary of state to seek further details so that we can investigate it thoroughly.”

A spokesman for Love Productions, who made the show for Channel 4, said: “We do not use actors to impersonate contributors in any of its documentary or constructed factual series.

“Nadine Dorries took part in the making of Tower Block of Commons for Channel 4 alongside other genuine contributors, and we are confident that her claims are unfounded.

“Nevertheless, we take the allegations seriously and will investigate thoroughly. We also await Nadine Dorries’ reply to Channel 4’s request for evidence to back up her comments.”