Home Culture He can do anything – he’s the chief of police! Child Jaws... 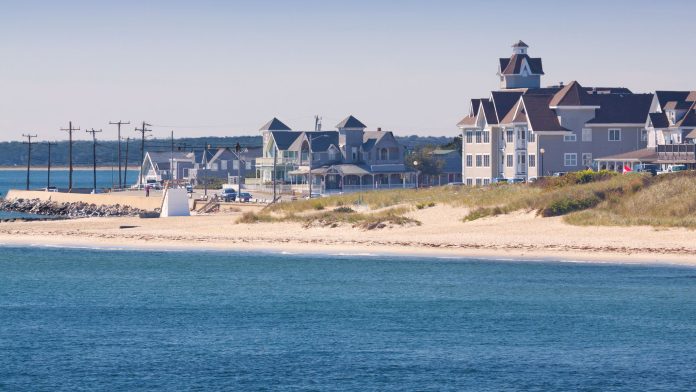 A child actor who starred in the blockbuster 1975 film Jaws has become a police chief on the island where it was filmed.

Jonathan Searle had a minor role as one of the pranksters who placed a fake shark fin in the waters off Amity Island.

Now, 47 years later, he has been named police chief in the town of Oaks Bluff on Martha’s Vineyard, an island in Massachusetts where most of Jaws was filmed.

Mr Searle appeared along with his brother in the Steven Spielberg film, which was set in a fictional town on Long Island.

Starring Roy Scheider as the film’s own police chief Brody, Robert Shaw and Richard Dreyfuss, it centred on a great white shark wreaking havoc among beachgoers.

In one memorable scene, Brody remarks: “I can do anything. I’m the chief of police.”

Mr Searle has been on the local force since 1986, the Vineyard Gazette reported.

In 2008, he charged a man with disorderly conduct for doing the thing he had acted out in the film – lying and telling beachgoers he’d seen a pair of great whites off the island.

Mr Search told the Vineyard Gazette he was “humbled and honoured to have been offered the position” as police chief.

“It’s something I’ve been working toward my whole career,” he added.