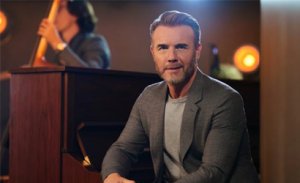 P&O Cruises has announced dates for exclusive new performances by Gary Barlow on board Iona in the Headliner’s Theatre. He will appear on the Spain and Portugal cruise (G236) departing Southampton on October 29, 2022 and the Spain, Portugal and Canary Islands cruise (G237) departing Southampton on November 12, 2022. All proceeds from ticket sales for the shows will be donated to Child Bereavement UK and Teenage Cancer Trust.

Gary’s pioneering partnership with P&O Cruises as music director of The 710 Club on Iona has already delivered a number of unique musical moments on board. Crafted to Gary’s creative vision The 710 Club showcases an eclectic range of performances, curated to appeal to British music lovers. The late-night music venue is exclusively for adults and offers an opportunity for up-and-coming musicians to get their break.

Gary Barlow said: “One thing I love is making memories. I think music does that extremely well. I look forward to joining guests on board Iona later this year to create some truly special holiday memories.”

P&O Cruises president Paul Ludlow said: “It is a real delight to welcome Gary back on Iona for what will be extraordinary performances. His love of music which has taken him on so many journeys and adventures will provide guests on board with a unique night of worldclass entertainment fused with an amazing travel experience.”

Gary is one of Britain’s most successful songwriters and record producers. As part of the group Take That, he has won eight BRIT Awards and sold over 45 million records. Aside from his achievements with Take That, he has also co-written and produced music for other renowned artists including Dame Shirley Bassey, Sir Elton John and Robbie Williams.

Is North Korea hiding a bigger problem behind its Covid-19 outbreak?