Home Sport 2022 Vitality Blast: All you need to know ahead of 20th tournament 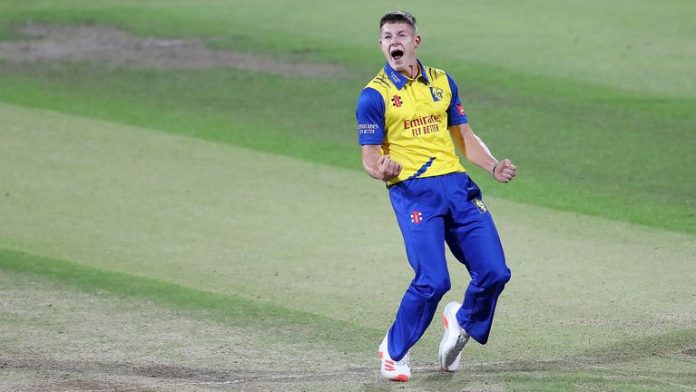 Who are the England hopefuls aiming to impress new white-ball coach Matthew Mott? Which overseas stars are on show? Who are favourites to make Finals Day? Watch opening game of Vitality Blast as holders Kent face Somerset, live on Sky Sports Cricket from 6.30pm

The Vitality Blast kicks off on Wednesday night with a mouth-watering match-up between defending champions Kent and Somerset in a repeat of last year’s final – live on Sky Sports Cricket from 6.30pm – and here’s our handy guide to the 2022 tournament…

There has been quite the sea change with the England cricket team in 2022, with Matthew Mott the last piece of the puzzle upon his appointment as the new white-ball head coach.

England’s ODI and T20 squads have been somewhat of an impenetrable fortress over the last few years as they’ve gone from hapless 50-over World Cup losers in 2015 to winners on home soil four years later. Looking to add a T20 World Cup to the trophy cabinet in October, can anyone force their way into Mott’s plans?

Phil Salt, now with Lancashire, should be near the front of the queue once more. The former Sussex opener forced his way into a much-changed ODI side that whitewashed Pakistan 3-0 last summer after a Covid-19 outbreak.

Durham pace bowler Brydon Carse also impressed and could his fellow county quick Matthew Potts follow a Test call-up with one in the white-ball arena with a good Blast showing?

Harry Brook, similarly, has his eyes firmly set on a batting berth in the Test team right now, but his first opportunity came with a maiden T20I cap in the West Indies earlier this year off the back of a stellar 2021 Blast campaign in which he was the fourth-top scorer with 486 runs at an average of 69.42 for Yorkshire.

Daniel Bell-Drummond was a shade better still than Brook last year, his 492 runs over the tournament making him the leading English batter, and could the Kent connection with England’s new managing director of men’s cricket, Rob Key, count in his favour?

Is this the year that Tom Banton truly cements a spot in the England white-ball set-up that many assumed would be a given by now after the big-hitter from Somerset burst onto the scene in 2019? Capped 20 times at international level already, Banton averages a disappointing mid-20s in both formats.

Olly Stone and Reece Topley certainly have international pedigree but the fast bowlers will need to convince selectors of their fitness as well as their form in the tournament, with both having repeatedly broken down over the years when seemingly on the cusp of becoming England regulars.

And might there be ways back in at international level for consistent domestic T20 performer Ben Duckett, master of the death-bowling darks arts Pat Brown, and perhaps even Alex Hales?

It does seem as though England have firmly closed the door on the latter, but maybe Mott has other ideas – and a strong Blast showing will only aid his case towards a recall three years on from being axed in the run-up to the 2019 World Cup.

Overseas stars set to blast off!

Rashid Khan, the world’s best white-ball spinner, is a big draw every year down in Sussex and has helped them qualify for the quarter-finals (minimum) in each of his three seasons with the team – with one run to the final in 2018. Joining the Afghanistan star on the south coast this summer is Pakistan wicketkeeper-batter Mohammad Rizwan, who averages over 50 in T20I cricket.

Carlos Brathwaite, remember the name! The burly West Indies batter joins the Birmingham Bears six years on from delivering a six-hitting masterclass to break Ben Stokes and England’s hearts in the T20 World Cup final. Joining him at Edgbaston is a man more familiar to Middlesex fans, but Ireland’s Paul Stirling will now be blasting the ball to all parts in the Midlands.

There is some more Caribbean flair over the county border as Dwayne Bravo turns out for Worcestershire Rapids, where New Zealand’s Colin Munro will also be winding up at the top of the order. His Black Caps team-mate Jimmy Neesham will, meanwhile, be lining up for Northamptonshire.

Pakistan’s 19-year-old tearaway fast bowler Naseem Shah promises to provide box office entertainment in his first stint in county cricket with Gloucestershire. Afghanistan quick Naveen-ul-Haq – leading wicket-taker in 2021, with 26 at an average of 17.57 – is back with Leicestershire, with his fellow countrymen and twirlers Mujeeb Ur Rahman and Qais Ahmad turning out for Middlesex and Kent respectively.

West Indian duo Kieron Pollard and Sunil Narine, who are both turning out for Surrey, have reams of T20 experience and can be destructive with the bat and impactful with the ball, while also keep an eye on Lancashire’s Singapore international Tim David. His T20 strike-rate is an eye-popping 163.07 from 97 matches, one of the best in the world.

Same as last year with the 18 sides split into separate North and South Groups.

Each side plays 14 group games, seven at home and seven away, between May 25 and July 3, with the top four teams in each pool progressing to the quarter-finals in early July.

Who are favourites to make Finals Day?

Notts, for one. The Outlaws won the tournament in 2017 and 2020 and have reached at least the quarter-finals over the last five seasons. Their batting remains as power-packed as ever with the likes of Hales, Duckett, Joe Clarke, and Samit Patel.

2015 champions Lancashire Lightning have also performed well of late, with two semi-final and two quarter-final appearances over the last four campaigns. There will be hope they can take the trophy this time with a batting line-up including Liam Livingstone, Jos Buttler and Tim David, plus Matt Parkinson’s leg-spin on the bowling front.

As for contenders in the South Group, Kent Spitfires will be looking to become the first team to successfully defend the Vitality Blast title but the strongest team in that pool may well be Surrey, whose list of star names rolls off the tongue.

Kieron Pollard, Sunil Narine, Jason Roy – if and when he returns from his break from cricket – the Curran brothers, Will Jacks, Reece Topley, Chris Jordan. The Kia Oval side won the inaugural Blast in 2003 and look well set to challenge for the title in his 20th staging.

Metallica React to Stranger Things’ “Master of Puppets” Scene: “We Were...