Home Culture ‘This is what comedy is for’: Ricky Gervais says new Netflix show... 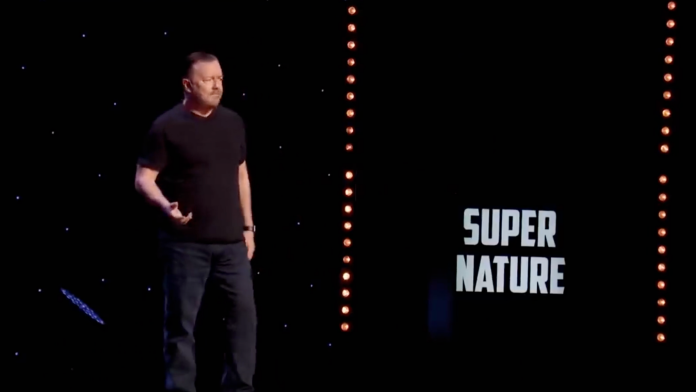 Ricky Gervais has defended his new Netflix show after a LGBT rights group called his material “dangerous” towards trans people.

The comedian has sparked controversy with his latest show SuperNature, which was released on the streaming platform on Tuesday.

His hour-long routine includes a series of jokes about gender identity and the gay community, which prompted GLAAD, a US LGBT rights group, to call the show “dangerous”.

Gervais has defended the programme, saying he wanted to take the “audience to a place it hasn’t been before”.

He told BBC One’s The One Show: “I think that’s what comedy is for, really – to get us through stuff, and I deal in taboo subjects because I want to take the audience to a place it hasn’t been before, even for a split second.

“Most offence comes from when people mistake the subject of a joke with the actual target.”

Gervais, 60, who co-created hit television shows such as The Office and After Life, said his jokes don’t reflect his own personal views.

“Live your best life, use your preferred pronouns, be the gender that you feel that you are.

“It’s mad to think that joking about something means you’re anti-it”.

They went on to claim Netflix is “refusing” to enforce its own policy that content “designed to incite hate or violence” is not allowed on its platform.

The streaming giant has faced backlash over its content over recent months.

Some viewers and Netflix staff criticised US comedian Dave Chappelle’s stand-up show over claims it was transphobic.

Chappelle was attacked on stage earlier this month by a man who is alleged to have found parts of his routine about the LGBTQ+ community and the homelessness “triggering”.

The British comedian Jimmy Carr was also criticised this year as his Netflix special included material about the murders of hundreds of thousands of people from Europe’s traveller communities in the Holocaust.