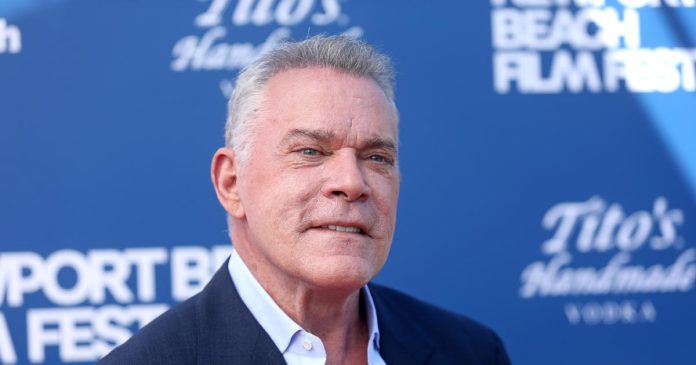 Actor Ray Liotta, known for his roles in “Goodfellas” and “Field of Dreams,” has died, according to his publicist Jennifer Allen. He was 67 years old.

Allen confirmed the actor’s death to CBS News on Thursday, saying that Liotta died in his sleep. The actor had been in the Dominican Republic, where he was filming the movie “Dangerous Waters,” alongside actors Eric Dane and Odeya Rush, according to Deadline.

Liotta is best known for playing the role of Henry Hill in the classic 1980 Martin Scorsese mob film “Goodfellas” starring alongside Robert De Niro and Joe Pesci. The actor also starred in “Field of Dreams” as well as several television series, including “Shades of Blue” and an episode of “ER,” which earned him a 2005 Emmy for outstanding guest actor in a drama series.

More recently, Liotta starred in several major motion picture projects, including “Marriage Story,” “Killing Them Softly,” “The Place Beyond the Pines” and “The Many Saints of Newark,” a “Sopranos” prequel.

He is survived by fiancee Jacy Nittolo and daughter Karsen Liotta.

Lorraine Bracco, who played the wife of Liotta’s character in “Goodfellas,” wrote on Twitter Thursday that she is “utterly shattered to hear this terrible news.”

“I can be anywhere in the world & people will come up & tell me their favorite movie is Goodfellas. Then they always ask what was the best part of making that movie,” she wrote. “My response has always been the same…Ray Liotta.”