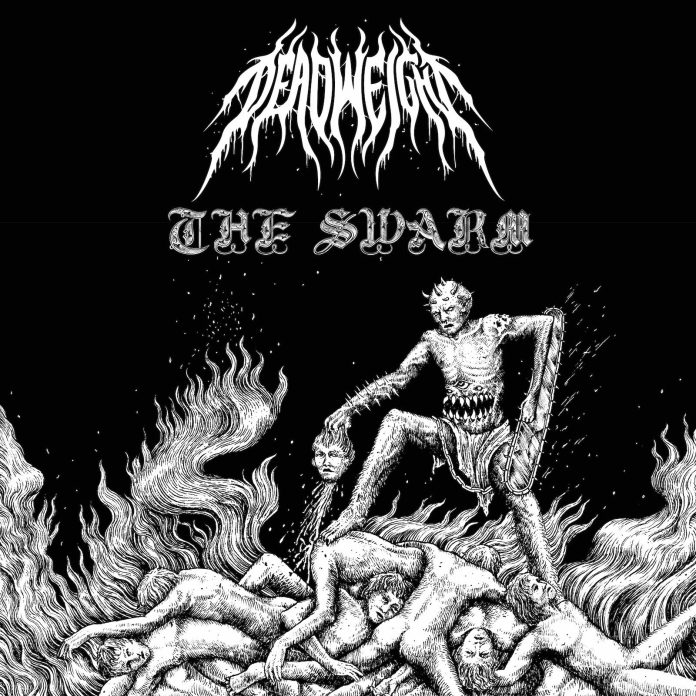 If you’re not familiar, Dead Weight is the deathstep project of Chicago based Jackson Iturbide that stands for aggressive catharsis and against self-harm and harming others. With beats and 808s in the vein of Skrillex and Maurauda, energy inspired by Slipknot, and vocals inspired by Napalm Death, Dead Weight fuses the styles of dubstep and death metal to unleash an ominous aggression that bids you to let your emotions run wild and realize how alive you really are. Rather than harming yourself or others, Ollie (as he goes by when the makeup goes on) invites you to let your rage out to Dead Weight, and reminds you that there is no rainbow without the rain.

“Dead Weight is a light switch to me. And I aim for others to see it that way too. The brutal and aggressive style is pushed with the Intention of relief. To untangle the noose. Don’t harm others or yourself..Rather, put the volume to 11 and let the music take the brunt of your energy.” – Death Weight

Now, Dead Weight is back with a monstrous tune, titled “The Swarm” that’s packed to the brim with peak time energy. It’s about as in your face as music can possibly get, with enormous bass wubs and dubstep effects swarming in and out of the mix. It’s easy to imagine this song being a headbanging anthem at festivals all summer long.

Here’s what Death Weight had to say about it:

“To me the song represents anxiety and loss of control. It’s like an ever growing wound. It seems you can contain the chaos, but can’t stop it.”