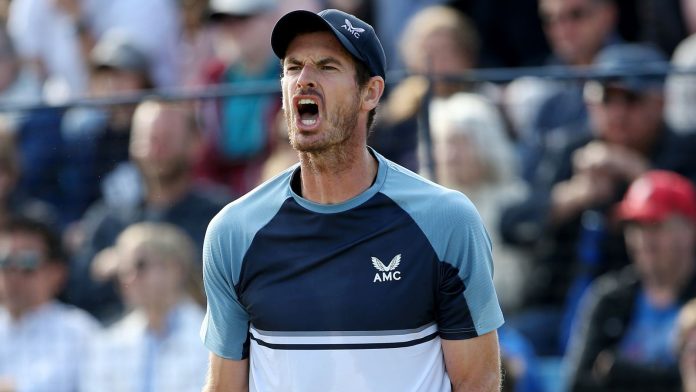 Andy Murray followed his two-set victory over Australia’s Christopher O’Connell on Tuesday with another on Thursday, seeing off Kazakh player Bublik 6-3 7-6 (7-4) to reach the quarter-finals of the BOSS Open in Stuttgart

Andy Murray defeated seventh seed Alexander Bublik in straight sets to reach the quarter-finals of the BOSS Open in Stuttgart, where he could now face Stefanos Tsitsipas.

Murray, 35, followed his two-set victory over Australia’s Christopher O’Connell on Tuesday with another on Thursday, seeing off Kazakh player Bublik 6-3 7-6 (7-4).

Murray dropped serve twice in succession in the second set, but saved two set points at 5-2 down and another two games later before winning five of the last six points in the tie-break.

Murray said afterwards: “[Bublik] is predictable in his unpredictability. You’re prepared for some amazing shots and then maybe some loose games.

“He played some amazing stuff for five or six games in the second set and everything was coming off.

“I was getting a bit frustrated but I kept fighting, held a tough game at 5-2 and then I thought I played well through to the finish.”

Murray has extended his winning record to 3-1 against Bublik, with three of those matches coming this season.

The Brit beat Bublik in Rotterdam before losing to his opponent at Indian Wells.

Backstage With… Joe Cornish on his first TV project since The...