Home Sport Fitzpatrick one back in Canada as McIlroy impresses 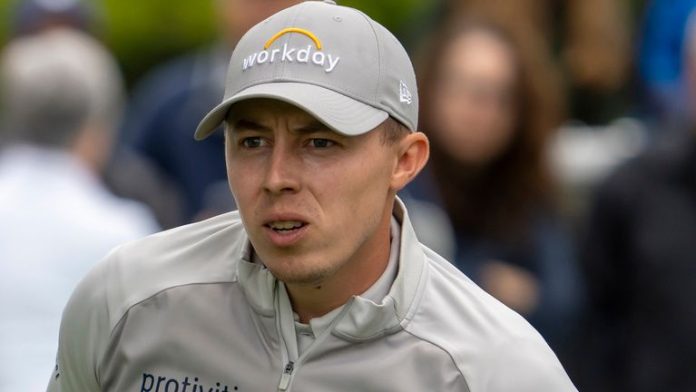 Matt Fitzpatrick sits a shot off the lead after the opening round of the RBC Canadian Open, as defending champion Rory McIlroy also made a strong start.

Beginning on the back nine, Fitzpatrick followed a birdie-birdie start by holing from 45 feet at the 13th and picking up another shot from 10 feet at the 17th to reach the turn in 32.

Fitzpatrick saw a birdie at the par-three third cancelled out when he missed from four feet to save par at the next, only to drain a 35-footer at the eighth and two-putt from 10 feet to add a closing bogey on the par-five ninth.

“Really, really happy with the way I played today, just solid all around,” Fitzpatrick said. “Had a couple of opportunities to chip it a little bit closer, but other than that, I’m being really picky. Everything in my game was going well. So, yeah, I’m happy with the start.”

Clark set the pace after birdieing five of his opening eight holes on his way to a bogey-free 63, while McIlroy is three off the pace after beginning his title defence with a four-under 66.

“A really solid start, 66 around here is a good score,” McIlroy said. “Overall, very happy with the start of the week, especially coming off a disappointing weekend at the Memorial last weekend. It was nice to bounce back with a good score.”

Shane Lowry posted a three-under 67, as world No 1 Scottie Scheffler joined Justin Thomas in carding an opening-round 69 despite bogeying his first two and last two holes in an eventful round.

Tyrrell Hatton bogeyed his final three holes to sign for a four-over 74, while world No 4 Cameron Smith is in danger of missing the cut after failing to register a birdie and bogeying four of the last five holes in an opening-round 76.

Viva Magenta! Pantone announces its colour of the year for 2023