Home World How a failed vote on Jewish settlers shows the Israeli government is... 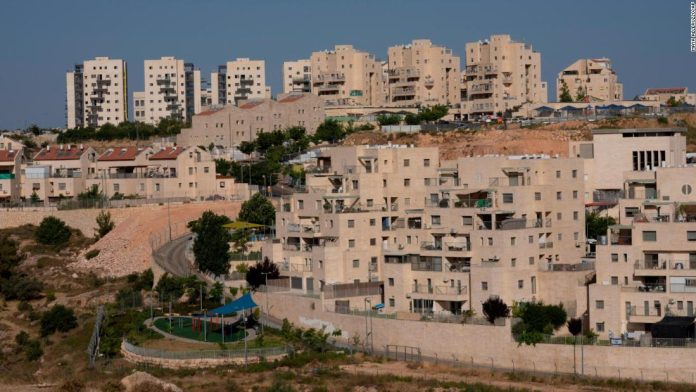 Prime Minister Naftali Bennett’s coalition lost a critical vote this week in parliament to renew measures that govern legal rights for the settlers, another major dent in the government’s armor, although not yet the fatal blow.
The defeat shows the fragility of Israel’s ruling coalition and how parliamentary gridlock could bring issues of national importance to a complete halt.
The right-wing prime minister leads a coalition of unlikely bedfellows from across the political spectrum, including the first Arab party to sit in an Israeli government. The coalition lost its razor-thin one-seat majority when a member of Bennett’s own party decamped in April.
This week’s vote to renew an Israeli law covering settlers in the West Bank exposed all the fault lines in Bennett’s coalition of unlikely allies.
Because the law provides for Jewish settlers in the West Bank to be treated legally like Israelis, most left-wing and Arab members of Bennett’s coalition oppose it in principle — they are against the settlements.
But in order to keep the Bennett government in power, most of them voted for the law anyway.
And in a twist of politics, right-wing opposition parties including Netanyahu’s Likud voted against it — despite being ideological supporters of the settlers — as part of an effort to hurt the coalition regardless of the cost.
The opposition’s political ploy could have far-reaching consequences beyond weakening Bennett.
Monday’s vote was to renew regulations that govern how Jewish settlers are treated in the West Bank under Israeli law. The settlements are considered illegal under international law, which considers the West Bank to be occupied territory. Israel rejects that, saying the status of the West Bank is more complicated than international law allows.
Despite the controversy about the legal status of the settlements, for decades the regulations have been renewed on a regular basis with little fanfare by left- and right-wing governments.
If the bill to renew the regulations isn’t passed by the end of June, Jewish settlers could find themselves in legal limbo. But some settlers likely support these political maneuvers as a way to bring down the coalition government, even if it complicates their day-to-day lives.
The bill can be brought back for a new vote every Monday and Wednesday until the end of the month. And while there may be short-term legal workarounds should the deadline pass, another scenario is that the government could dissolve before the end of June, which would automatically extend the regulations currently in place until after a new government is formed.
But while the government is on shaky ground, its fall isn’t inevitable. Netanyahu’s opposition bloc still doesn’t have the 61 votes needed to dissolve the Israeli parliament, the Knesset, but he’s very close, and under some calculations needs to attract just one defector from Bennett’s coalition.
If Netanyahu does succeed in dissolving parliament it would trigger new elections, less than two years since the last vote.

UN nuclear watchdog warns of ‘fatal blow’ to nuclear deal as Iran removes cameras
Iran is removing essentially all the extra International Atomic Energy Agency (IAEA) monitoring equipment that was installed under the 2015 Iran nuclear agreement, meaning there are only three to four weeks before it becomes impossible to revive the deal, according to IAEA chief Rafael Grossi.
Watch Grossi’s interview with CNN’s Becky Anderson here.
Algeria suspends Spain treaty, bars imports over Western Sahara
Algeria suspended a 20-year-old friendship treaty with Spain that committed the two sides to cooperation in controlling migration flows, and also banned imports from Spain, escalating a spat over Madrid’s stance on Western Sahara.
Saudi sponsored golf event begins amid controversy
The LIV Invitational Series, a divisive Saudi Arabian-backed breakaway golf tour, began on Thursday as 48 players teed off at the Centurion Club north of London. The PGA Tour has suspended all current and future players who have decided to join the new tournament.

Regional: #George_Kordahi
The man who caused a rupture in Saudi-Lebanese relations last year has become the subject of a new controversy.
Social media users from Gulf Arab states expressed anger at former Lebanese information minister George Kordahi for comments he made two weeks ago on an Iraqi TV station saying oil-rich Gulf states provide no help to the Levantine state as it suffers a crippling economic crisis.
“The Gulf states have not given a single drop of water to Lebanon,” said Kordahi.
Some Twitter users shared news reports showing how Saudi aid to Lebanon dwarfs contributions from its regional rival, Iran. One user accused Kordahi of fulfilling “Iran’s agenda” in the Middle East.
The former minister, who first became famous for hosting the Arabic version of “Who wants to be a millionaire,” last October sparked a breakdown in Gulf-Lebanese relations after openly criticizing the Saudi-led coalition’s war in Yemen. Saudi Arabia and other Gulf countries subsequently withdrew their ambassadors from Beirut and Kordahi later resigned.
Saudi Arabia and other Gulf states returned their ambassadors to Beirut this year.
The number of Syrians who became German citizens in 2021. The figure was three times higher than the year before, as many of those who fled between 2014 and 2016 fulfilled eligibility criteria, data from Germany’s Federal Statistical Office showed.