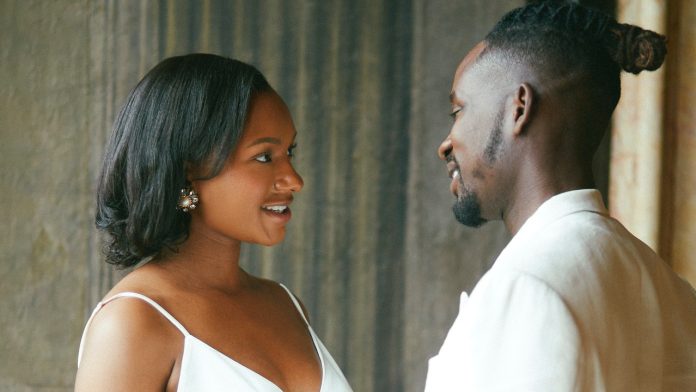 Mr Eazi has released the lead single from his forthcoming debut album. It’s called “Legalize” and it arrives with a stunning visual shot in Venice, Italy and directed by Federico Mazzarisi. The song is dedicated to Mr Eazi’s partner, Nigerian actress Temi Otedola—to whom he proposed on the set of the music video. Watch it happen in the clip below.

“Legalize” was produced by Michael Brun, E Kelly, and Nonso Amadi. “I started the song in Michael Brun’s house on some edibles, freestyling,” Mr Eazi said of the new track in press materials. “Later, I went to London and listened to what I’d recorded, and realized what the song was about. I’ve been thinking of asking Temi to marry me for a long time, so I guess it was in my subconscious.”

Months later, after Eazi had arranged to film the music video in Venice and bought an engagement ring, he realized the set would be the perfect place to propose. “I knew it would stand as a totem we always will look back on,” he explained. “No one on set knew what was going to happen.”

Mr Eazi’s upcoming, as-yet-untitled album follows his prior releases, Life Is Eazi, Vol. 1: From Accra to Lagos and Life Is Eazi, Vol. 2: From Lagos to London. The Nigerian artist considers those projects mixtapes, and his next release his first proper studio LP.

Each single from Mr Eazi’s new album will be represented visually by uniquely commissioned pieces from different African artists. These pieces will become tokens and be shared through specially curated metaverse and in-person events. For “Legalize,” he enlisted Benin painter Patricorel. The singer performed “Legalize” for the first time while Patricorel painted on a canvas. “What struck me was the fact that he represents love with his pieces, but he draws with skeletons,” Eazi said of Patricorel. “I think skeletons are our most human, naked form.”

Last year, Mr Eazi issued his Something Else EP.

This fan has shaped anti-discrimination policy in Australian cricket after alleging...

The Political Theater Behind the State of the Union Data Privacy...