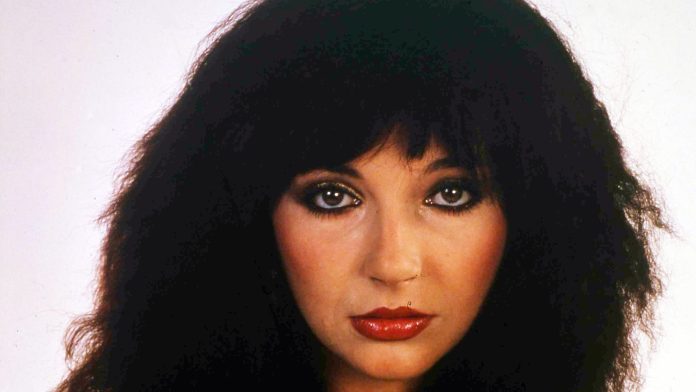 Kate Bush’s track Running Up That Hill has hit its charts peak almost 40 years on from its release, after being discovered by a new generation of fans thanks to sci-fi series Stranger Things.

Originally put out in 1985, the song has featured heavily in the latest season of the hit Netflix show as a favourite of the character Max Mayfield, played by Sadie Sink.

It has now charted at number two – beating its 1980s position of number three and held from the top spot only by Harry Styles‘ huge hit As It Was, which reigns for a 10th week.

As it climbed up the charts, Bush put out a rare statement saying Stranger Things fans had given the song “a whole new lease of life“.

The singer, now 63, said she was a fan of the show and had watched it from its first season up to the current fourth series.

“When they approached us to use Running Up That Hill, you could tell that a lot of care had gone into how it was used in the context of the story and I really liked the fact that the song was a positive totem for the character, Max,” she said.

“I’m really impressed by this latest series. It’s an epic piece of work – the shows are extremely well put together with great characters and fantastic SFX.

“It’s very touching that the song has been so warmly received, especially as it’s being driven by the young fans who love the shows.”

Launching in 2016, Stranger Things tells the story of a group of children and teenagers navigating the supernatural chaos that spreads through the fictional town of Hawkins, Indiana, in the 1980s, and is heavy on pop culture nostalgia from the era.

Taken from Bush’s Hounds Of Love album, Running Up That Hill was first released in August 1985 and reached number three in the UK at the time, while also giving the singer her first US hit since the 1970s.

The first episodes of the fourth series of Stranger Things were released to rave reviews in May – with its final two episodes held back until July, packaged as Volume 2.

Netflix revealed a teaser trailer for the episodes, due to air on 1 July, on Thursday.

Sharing the trailer online, series star David Harbour, who plays Jim Hopper, posted: “Y’all aren’t ready. Wait, you’ve binged it all, haven’t you. We gave you 7 episodes and you already binged them all didn’t you?

“Ok, then, you’re sorta ready. See ya July one for the epic finale.”

The final episodes are due to run at feature length, with the eighth running at one hour 25 minutes and the ninth at two hours and 19 minutes.