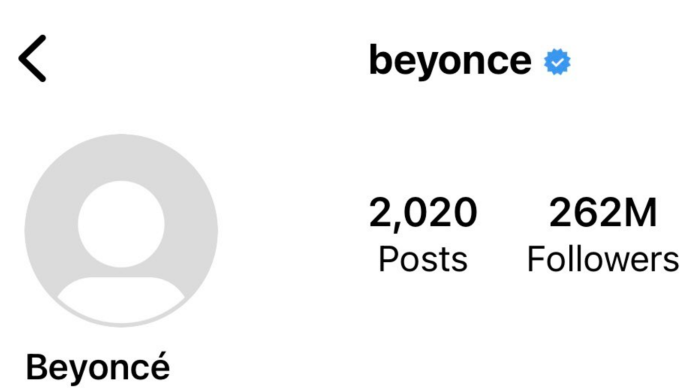 Beyonce has sparked speculation she could be about to drop new music after wiping her social media profile photos.

The former member of Destiny’s Child has previously released music in surprising ways.

Her last full-length album release came in 2016 with Lemonade, which was accompanied by a 65-minute film of the same title and went to number one in many countries around the world.

In 2013, her self-titled album was released in the early hours of the morning without any warning.

Beyonce has had huge chart success, landing three number one albums and five number one singles in the UK.

The singer, who has been married to rapper and businessman Jay-Z since 2008, made history last year when she became the most decorated female artist at the Grammy Awards.

She won four awards out of nine nominations, making it 28 over her career, which surpasses the 27 of bluegrass-country singer Alison Krauss.

Beyonce and Jay-Z had their daughter Blue Ivy in January 2012, and in June 2017 she gave birth to twins Rumi and Sir.

Some fans suggested the announcement could relate to her fashion line Ivy Park rather than new music.

The 10 Best Snow Boots for Men to Brave the Winter...