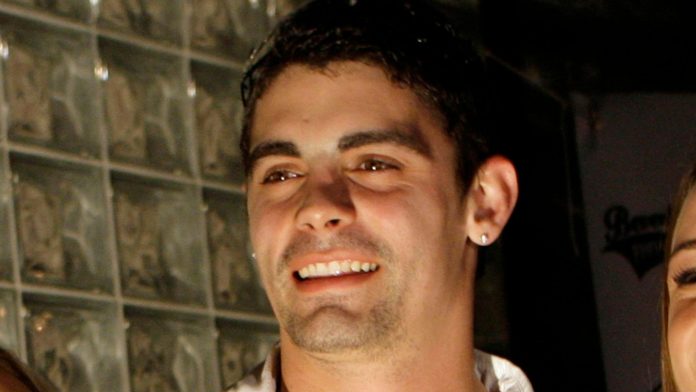 Newlywed Britney Spears has said her hope for her big day was to marry partner Sam Asghari in a “small and beautiful moment with family and friends”.

The couple tied the knot at her home in Los Angeles on Thursday, with Spears wearing an off-the-shoulder dress with a slit designed by Donatella Versace, according to Vogue, and her make-up look created by Charlotte Tilbury.

Reports in the US say the singer, 40, arrived in a horse-drawn carriage before walking herself down the aisle to meet 28-year-old Asghari.

Elvis Presley’s Can’t Help Falling In Love was playing as she walked in, according to a source quoted by US entertainment publication People.

The ceremony was not without controversy, with Spears’ first ex-husband Jason Alexander – whom she famously married in a Las Vegas Ceremony in 2004, before the marriage was annulled just a few days later – arrested and charged with four misdemeanours after arriving with the intention of “crashing” the event.

And her parents and sister Jamie-Lynn were reportedly not due to be present following the star’s controversial conservatorship battle, which came to an end after almost 14 years in November 2021.

But pictures shared by Vogue and on Tilbury’s Instagram account show Spears and Asghari smiling as they posed in their wedding outfits, with her wearing a veil and a choker, him dressed in a Versace tuxedo.

Speaking to Vogue, Spears said: “We really wanted to make this a small and beautiful moment with family and friends.

“We wanted warm and feminine colours including blush, white, cream, and gold, and a lot of various shades of pinks, blush, and reds.”

Posting the photos on Instagram, Tilbury described Spears as “a vision” and said she was sending “a huge congratulations and masses of love to the beautiful, talented, endlessly kind and radiantly glowing” star and her “wonderful husband”.

Spears and fitness trainer Asghari met on the set of the video for her 2016 song Slumber Party and got engaged in September 2021 as her conservatorship looked to be coming to an end.

The controversial legal arrangement which had controlled her life was terminated by the Los Angeles Superior Court in November 2021.

Asghari’s representative Brandon Cohen said of the nuptials: “I am very ecstatic this day has come, and they are married. I know he wanted this for so long. He is so caring and supportive every step of the way.”

Guests who reportedly attended the wedding included the singer’s brother Bryan, though sister Jamie-Lynn and her parents were not due to be present.

Spears has been married twice before, to Alexander and Kevin Federline, with whom she shares teenage sons Sean and Jayden.

Alexander, 40, was arrested and charged with four misdemeanours after arriving at her home on Thursday.