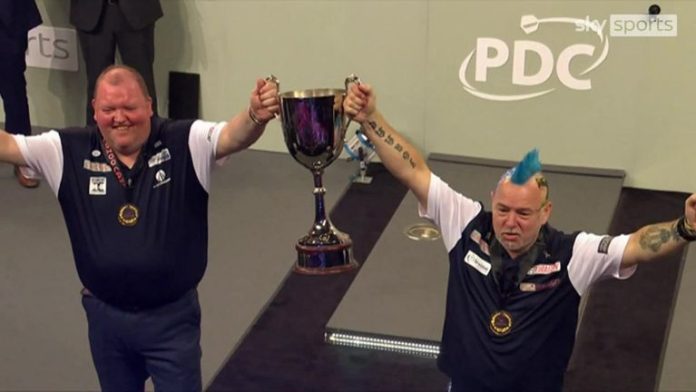 Taking place at the Eissporthalle in Frankfurt from June 16-19, the 12th staging of the World Cup will see 32 two-player teams representing their countries across four days in a combination of doubles and singles matches – you can watch it all live on Sky Sports

Scotland will begin the defence of their World Cup of Darts title against Hong Kong, with the draw confirmed for June’s tournament in Germany – live on Sky Sports.

Peter Wright and John Henderson, who secured the title with a 3-1 win over Austria in Jena last year, will once again join forces, with their first assignment seeing them take on Hong Kong duo Lok Yin Lee and Ho Tung Ching.

Gerwyn Price and Jonny Clayton will reunite for a fifth consecutive year for 2020 champions Wales, as the number two seeds face the Philippines in their opener.

A new-look Netherlands side, made up of Danny Noppert and Dirk van Duijvenbode, will compete together for the first time against Brazil.

Host nation Germany will begin their campaign against Spain, while the pick of the unseeded ties will see 2019 runners-up Republic of Ireland take on Canada, and last year’s finalists Austria face Finland.