Home Culture How to watch the 2022 Tony Awards 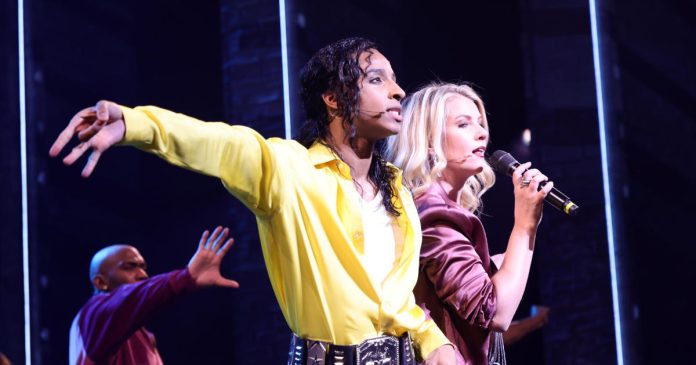 Broadway is celebrating great performances and the theater industry’s comeback from the pandemic at the Tony Awards Sunday night.

“A Strange Loop” leads the pack with 11 nominations, followed by “MJ: The Musical” and “Paradise Square” with 10 each.

At nine months pregnant, actor Kenita R. Miller danced up a storm eight shows a week in the Broadway show “for colored girls who have considered suicide/ when the rainbow is enuf.” She’s up for a Tony Award on Sunday for best featured actress in a play.

“My favorite line is, like, the last one that I get to say …: ‘I found God in myself, and I loved her. I loved her fiercely,'” Miller said. “To be a part of something that’s kind of instilling this mantra in me, I’m like, I just hope that she’s absorbing it as well.”

Her daughter, Nova Pearl, arrived just days after Miller went on maternity leave from the show, which earned seven nominations, including best revival of a play.

Pulling off this year’s Broadway theater season with 34 eligible shows, including “MJ,” which features the music of Michael Jackson, and the internationally popular “Six,” was a feat after COVID-19 forced the cancellation of countless performances.

Tony nominee and “Mrs. Doubtfire” star Rob McClure had his show shut down three times during the pandemic.

“It’s not just a celebration of my work or even the work of my show but the resilience of this community,” he said.

While it’s stars like Hugh Jackman and Billy Crystal who are nominated, understudies who helped keep Broadway running this season will also be honored.

She’s returning to her roots among the Broadway community after winning an Oscar as Anita in Stephen Spielberg’s film version of “West Side Story.”

“I don’t necessarily feel pressure, but I feel like a tremendous sense of responsibility,” DeBose said.

Sunday’s show will feature performances from “The Music Man” and other Tony-nominated musicals — all of it a chance to celebrate the best of Broadway and reach audiences far beyond the footlights.