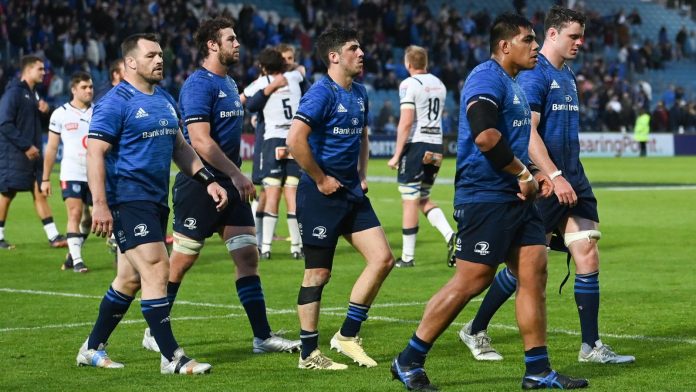 The Bulls’ maiden victory on Irish soil, sealed by a late Morne Steyn penalty, made it a fortnight to forget for Leo Cullen’s Leinster side on the back of their Champions Cup heartbreak; South African side now face either the DHL Stormers or Ulster in Grand Final next week

Leinster ended a season trophy-less for the first time since 2017 as the Bulls won 27-26 at the RDS to reach the first-ever United Rugby Championship Grand Final.

The Bulls’ maiden victory on Irish soil, sealed by a late Morne Steyn penalty, made it a fortnight to forget for Leo Cullen’s men on the back of their Champions Cup heartbreak.

Robbie Henshaw replied, adding to an early Dan Sheehan score, but a 52nd-minute penalty try, which landed Leinster captain James Ryan in the sin-bin, had the Bulls 10 points clear.

Although Rory O’Loughlin added the hosts’ third try and replacement Cian Healy crossed right at the death, the defiant Bulls deservedly march on to face either the DHL Stormers or Ulster next week.

Jake White’s charges stood up well to Leinster’s initial attacks, but Sheehan turned a Ross Byrne kick through into an opportunist ninth-minute try.

The Bulls, who got on the board with a Chris Smith penalty, ramped up their physicality to touch down in the 19th and 24th minutes.

Canan Moodie’s knock-on over the try-line was forgiven when hooker Grobbelaar barged over from a tap penalty. Smith converted with the aid of the post.

Elrigh Louw’s powerful carrying soon got them back into scoring range, Coetzee the beneficiary of Zak Burger’s short pass to go in under the posts to make it 17-7.

Leinster’s backs brilliantly got on the outside in the 32nd minute before Henshaw stretched out to score. Byrne’s conversion restored the three-point gap.

No 8 Louw again led the charge for the Pretoria-based side on the restart. Grobbelaar controlled an advancing maul and Leinster coughed up a penalty try with Ryan binned for the collapse.

Not even the springing of Jonathan Sexton from the bench could inspire an error-strewn Leinster. A sharp attack gave them a lifeline with 11 minutes remaining as O’Loughlin was released for the left corner.

However, replacement Steyn’s 76th-minute penalty had the Bulls out of reach before Healy burrowed over past the 80-minute mark.