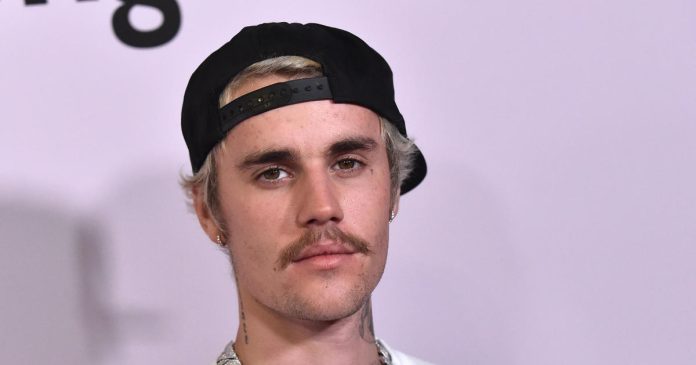 In the latest episode of his YouTube series “Justin Bieber: Seasons,” the 25-year-old star had a candid conversation about his drug addiction.

“I was waking up in the morning and the first thing I was doing was popping pills, smoking a blunt and starting my day,” Bieber said in the episode titled “The Dark Season.”

Last year, Bieber decided to take a break from music to focus on “repairing some of the deep rooted issues” he had so that he didn’t “fall apart.” The Canadian star had previously been open about his struggle with drugs, but this latest video is the first time he had the conversation on camera.

Bieber revealed his relationship with drugs began when he first smoked marijuana at age “12 or 13.” He said he became dependent on the drug before moving on to try “everything.”

“There was a time when I was sipping lean, I was popping pills, I was doing molly, shrooms, everything,” he said. “It was just an escape for me. I was young.”

Bieber, who first rose to fame when he was just 13 years old, has “gone through a lot in a very short life,” according to his manager, Scooter Braun. Braun confessed that they’ve had some “really turbulent times,” and described the ages of 19-21 as a “dark period” for the star.

Bieber acknowledged that he valued the “wrong things,” and at one point blamed his upbringing for his digression. “The truth is, is I never had the tools. My parents never gave me those tools to be a good team player.”

He eventually decided to stop his downward spiral because he felt like he was “dying.”

“My security would come into the room at night to check my pulse. People don’t know how serious it got,” he said. “It was legit crazy scary.”

The “Yummy” singer spoke on his struggles with anxiety and said that he takes antidepressants to help him get out of bed in the morning.

“It might not seem that hard to some people to get out of bed, but it’s been really hard for me to get out of my bed,” said Bieber, who announced last year that he has Lyme disease.

As well as visits to brain doctor Dr. Daniel Amen, who features heavily in the 15-minute episode, part of Bieber’s treatment involves naps in a hyperbaric chamber, which he has in his home and in his studio.

At the end of the episode, Bieber took a moment to encourage his fans who may be struggling. “I just want to say you’re not alone. There’s people that are going through it with you. Life is worth living,” he said. “If you’re not gonna give up, the only thing to do is push forward.”

With an album set to be released this year and an upcoming tour, Bieber hopes to be the best version of himself, with the support of his wife Hailey Bieber.

“I’m committed to getting better,” he said. “Being the best me is going to help be the best husband, the best father, the best friend I can possibly be.”

Chevaz Clarke is a social media producer and trending reporter for CBS News.