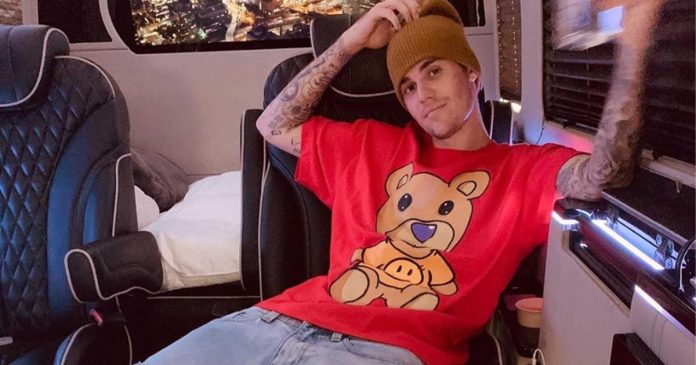 Justin Bieber opened up in an emotional and lengthy Instagram post on Monday night, in which he wrote about his struggles with fame, drugs and relationships. Bieber has alluded to mental health troubles and substance abuse in the past, and now he says one of the things that saved him is his marriage to Hailey Baldwin.

“You start forseeing [sic] the day through lenses of ‘dread’ and anticipate another bad day,” he writes. “A cycle of feeling disappointment after disappointment.”

The pop star, who announced earlier this year that he was taking a break from music to stay “focused on repairing some of the deep rooted issues,” says in the new post that he relates to anyone going through similar struggles.

He views his early rise to fame as a key part of his problems. “You see I have a lot of money, clothes, cars, accolades, achievements, awards and I was unfulfilled,” Bieber writes. “Have you noticed the statistics of child stars and the outcomes of their life? There is an insane responsibility and pressure put on a child who’s brain, emotions, frontal lobe (decision making) aren’t developed yet.”

Bieber says he grew up in an unstable home with young, separated parents who were going through their own rebellious phases. Add his quick trip to stardom on top of this, and Bieber’s world was “flipped on its head.”

He says he went from one of the most adored child stars, having not learned many valuable life lessons, to an 18-year-old “with no skills in the real world, with millions of dollars and access to whatever I wanted.”

By the age 20 he had gotten into almost every type of trouble you could imagine, and he had not yet learned to manage the high that performers get from being on stage — a high some people try to replicate with drugs. Bieber admits he, too, did “pretty heavy drugs at 19.”

Bieber’s involvement with drugs has been documented on several occasions. While on tour in 2013, authorities in Sweden found drugs on Bieber’s tour bus. During that same tour Bieber fainted backstage before a show, and sparked controversy for writing in a guest book at the Anne Frank Museum that he hoped she “would have been a Belieber.”

A year later, Bieber was arrested twice in one week — once for drunk driving, and then for assault. He has also been caught publicly urinating, and has had his fair share of tabloid scandals.

In 2017, Bieber canceled the remaining 14 dates of his world tour, apologizing to fans and citing struggles with “broken relationships” and “insecurities.” One of his most high-profile relationships was a tumultuous on-again, off-again one with singer and actress Selena Gomez.

In the Instagram post, Bieber admits to abusing all of his relationships and being disrespectful to women. “I was a shell of a person that I had become,” Bieber writes.

Bieber, now 25, says it took years to turn his life around, and he attributes that outcome to the “extraordinary people” God blessed him with — including his wife, Hailey Baldwin. He said in marriage he has “learned patience, trust, commitment, kindness, humility and all the things it looks like to be a good man.”

While he and Baldwin, who changed her last name to Hailey Bieber on public social media platforms, say they are already married, the couple is reportedly planning a second Christian wedding later this month, according to Entertainment Tonight.

In his Instagram post, Bieber says he wants his personal story to serve as a reminder to others to “be kind” and to “love people today not by your standards but by God’s perfect unfailing love.”

Beiber’s manager, Scooter Braun, and several other celebrities added positive comments on the post. “Proud of you,” Bruan wrote.

The post has been “liked” 3 million times. Bieber followed up a few hours later by posting a simple photo of himself smiling.