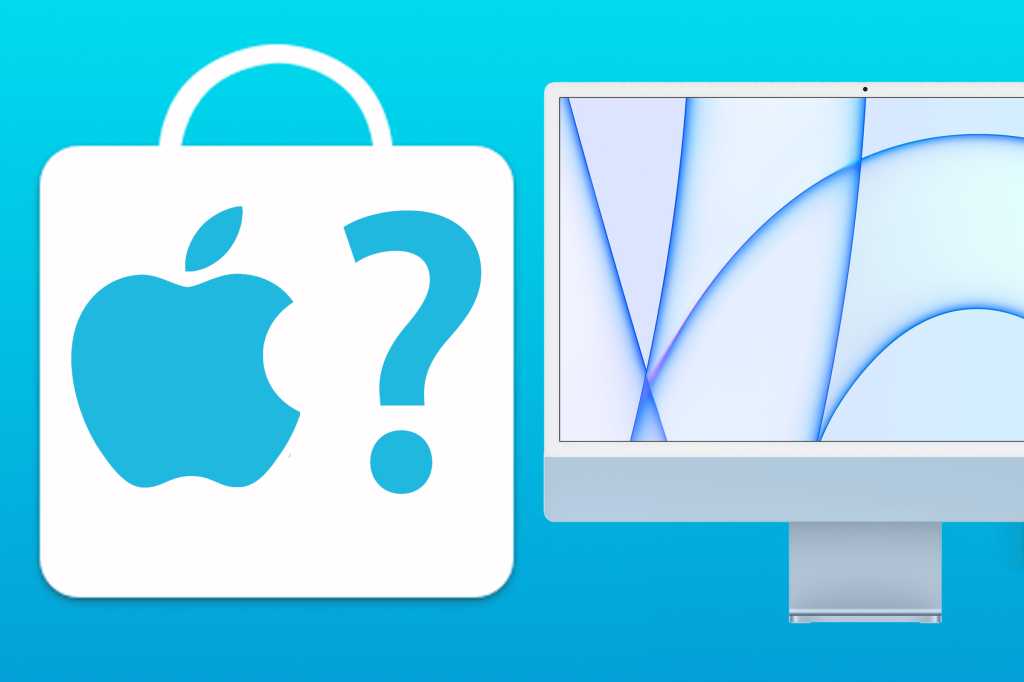 When you think of the Mac, the computer that often pops up in your head is the iMac. The iconic desktop computer is a great combination of price and performance. Even with that, every Mac has a release cycle, and you should ask yourself if this is a good time to buy now or wait until later when a new version is released. Here’s what we know about the 24-inch iMac and our buying advice.

The 24-inch iMac was the last Mac to be outfitted with Apple’s M1 processor, which was introduced in the MacBook Air, 13-inch MacBook Pro, and Mac mini in November 2020. The 24-inch iMac’s performance is on par with those other M1 Macs.

Replacing the 21.5-inch iMac that used Intel processors, the 24-inch iMac not only has a new processor inside, but it also features an all-new, cleaner design with smaller bezels, a larger screen area, and new colors. It also has Touch ID support, an improved FaceTime 1080p camera, Thunderbolt/USB 4 ports,

Pricing for the 24-inch iMac starts at $1,299, but it’s missing a few features that are found on the $1,499 and $1,699 standard configurations. Our iMac FAQ has more details on the differences between the models.

24-inch iMac: Why you should buy

The 24-inch iMac is a great all-in-one computer that offers a boost over the Intel iMac it replaced. If you need a complete computer setup (computer, display, input devices), the iMac is a good way to go.

Since the 24-inch iMac was released in April, it will be a while before Apple upgrades it—it will be in Apple’s lineup for at least a year, and probably longer. The next 24-inch iMac will likely be updated with an M2 processor, but based on Apple’s timeline, it likely won’t arrive until late 2022 or 2023. With that in mind, you can go ahead and buy the 24-inch iMac without worrying about an impending update.

24-inch iMac: Why you should wait

If you think you want an iMac bigger than the 24-inch model, the only 27-inch iMacs Apple sells are in the Refurbished and Clearance store and they have Intel processors. They are older machines and don’t offer the speed of the M1 in the 24-inch iMac.

Rumor has it that Apple could release a new 27-inch iMac with an M-series processor, as well as a new Liquid Retina XDR display and a new design. But it doesn’t seem like it will hit the market any time soon. If you need more size and power in an iMac, you can try waiting, but you might be waiting for a while.

The 24-inch iMac is an impressive computer that doesn’t disappoint. It brings an excellent speed boost over the Intel-based iMac it replaced, and everything else about the iMac is greatly improved, from the design to the display. The $1,299 model has an attractive price, but keep in mind that it’s missing Touch ID and ethernet, and only has two Thunderbolt/USB 4 ports. We think the sweet spot is the $1,499 model, which gets you more ports, the Touch ID keyboard, and an ethernet port on the power adapter.