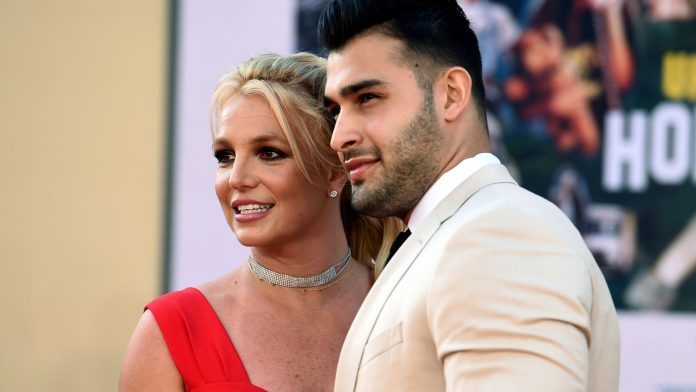 Britney Spears has said her wedding ceremony was a “dream and the party was even better” after marrying fiance Sam Asghari in Los Angeles.

The couple tied the knot on Thursday, with her arriving in a horse-drawn carriage covered in flowers.

Spears, 40, said on Saturday morning that she was “still in shock” and added “fairytales are real” in a series of Instagram posts celebrating her big day.

“Gggggeeeeezzzzz!!! It was the most spectacular day!!!

“The ceremony was a dream and the party was even better!!!

“So many incredible people came to our wedding and I’m still in shock,” she added.

The ceremony was not without controversy, with Spears’ first ex-husband Jason Alexander arrested and charged with four misdemeanours after arriving with the intention of “crashing” the event.

Her parents and sister Jamie-Lynn were reportedly not due to be present after the singer’s controversial conservatorship battle, which came to an end after almost 14 years in November.

Pictures shared by Spears on Instagram show her smiling with fitness instructor husband Asghari, 28, and partying with guests.

She was also photographed recreating her famous MTV awards kiss with Madonna.

Spears and Asghari met on the set of the video for her 2016 song Slumber Party and got engaged in September 2021 as her conservatorship looked to be coming to an end.

The controversial legal arrangement that controlled her life and finances was terminated by the Los Angeles Superior Court.

Spears has been married twice before, to Alexander and Kevin Federline, with whom she shares teenage sons Sean and Jayden.