Home Sport Magical Murray through to Stuttgart final against Berrettini 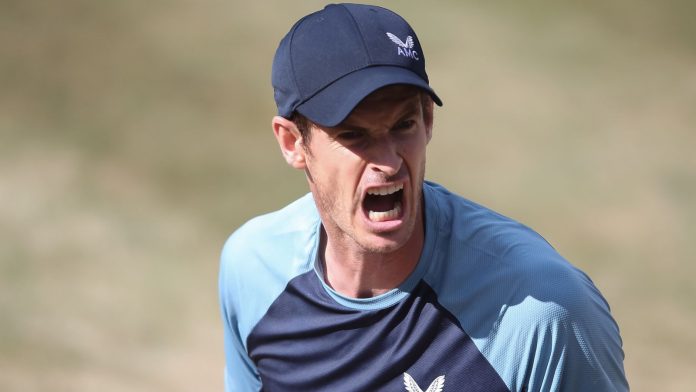 Andy Murray makes it through to first grass singles final since winning Wimbledon in 2016 after defeating Australian Nick Kyrgios; it was a milestone win for the Scot as he reaches a 70th career final and his 10th on grass, where he has an almost flawless record of 8-1 in finals

Andy Murray made it through to his first grass-court final in six years after defeating Nick Kyrgios 7-6 (7-5) 6-2 in Stuttgart on Saturday.

Murray, who claimed his first victory over a top-five player for more than five years by beating Stefanos Tsitsipas in the quarter-finals, continued his stunning run in Germany by demonstrating his prowess on grass in defeating Australian Kyrgios.

“It has been a long time since the last final [on grass]. A lot of ups and downs, but I kept going and kept working and finally managed to get to another one,” Murray said in his on-court interview after he improved his record on grass to 114-23. “I am proud of the effort I have put in.

“I was just a little more solid in the tie-break. I asked the questions. On these courts, when it is playing quick, the set often comes down to one or two points and I was a little more secure at the end of the first set.”

Murray’s route to the Stuttgart final

The first set went with serve before Murray took it with his second set point of the tie-break.

A frustrated Kyrgios, who skipped the whole clay-court season, broke his racket in anger and earned himself a point penalty after dropping the set and he was still fuming when the second set got underway as double faults allowed Murray to break for the first time in the contest.

The Australian, who was constantly complaining to the umpire, then received a game penalty and he refused to continue playing, sitting in his chair until the supervisor came out and convinced him to finish the match.

But by then the world No 78 had lost his focus and made numerous errors as Murray quickly wrapped up the second set and sealed his spot in the final on his second match point when Kyrgios’ return found the net.

The 35-year-old Scot will be aiming to clinch a ninth career title on grass when he takes on Matteo Berrettini in Sunday’s final after the Italian edged Germany’s Oscar Otte 7-6 (9-7) 7-6 (7-5) to reach his first tour-level final of the season.

“I am really happy. Arriving at the tournament, that was the goal [to reach the final],” Berrettini said. “From thinking about it and actually making it is a big difference. I am happy I am here and have another chance to play another final after months without playing and after the first big surgery in my career.

“This means this is my level and I have proved once again I am comfortable at this level and on this surface. I really like it here at Stuttgart.”

Murray, currently the world No 68, will move up to No 47 in the ATP Live Rankings following his victory over Kyrgios.

The three-time Grand Slam winner also reached the championship match in Sydney in January, with his last tour-level title coming in 2019 in Antwerp.