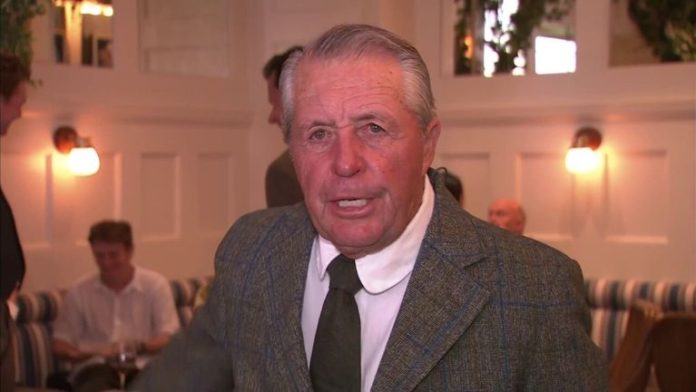 Charl Schwartzel won the inaugural LIV Golf Invitational Series event in Hertfordshire; 17 PGA Tour members are suspended for playing at the Centurion Club, while Bryson DeChambeau, Patrick Reed and Pat Perez have since switched to the Saudi-backed circuit

Golf legend Gary Player has criticised the animosity between rival golf Tours over the handling of the launch of the LIV Golf Invitational Series.

The Saudi-backed circuit launched at the Centurion Club in Hertfordshire this week, where former world No 1 Dustin Johnson and six-time major champion Phil Mickelson were among the headline names competing in the 54-hole event offering a total of $25million prize purse.

PGA Tour commissioner Jay Monahan announced on Thursday that the 17 members competing this week would be suspended from the Tour, a move described by LIV Golf and their CEO Greg Norman as “vindictive” and something that “deepens the divide between the Tour and its members”.

“Golf is a wonderful game and we must never forget this, the heart of the game is the amateur not the professional,” Player told Sky Sports News. “What saddens me is to see the fighting that’s going on and it’s unnecessary.

“Remember this, the players that are playing there now, they need the money, they’ve got families and I don’t blame them for playing there. There are not a lot of them that can win on the regular Tour any more, so they’re wisely taking the money.

“But remember the PGA Tour is the strongest tour, so there is a place in the sun for both tours and I just hope they settle everything in an amicable way and we go from strength to strength.”

Bryson DeChambeau and Patrick Reed have both since committed to the second LIV Golf event in Portland later this month, along with PGA Tour veteran Pat Perez, with Player wishing that players would be more open about the financial incentives being behind their decision to switch Tours.

“You can’t have your cake and eat it, you’ve got to choose from one tour to another,” Player added. “If they so desire to play the LIV tour, that is their choice and their freedom, but you can’t have both tours, it’s not going to be allowed.

“I’d like the people that are playing the tour to just be open and say ‘I’m playing this tour because I want to make some money, I have a family’. There’s no disgrace about that.

“Every businessman has a choice to say, when he gets transferred from one company to another, ‘I’m leaving because I’m making more money’. The best players will always come from the US tour because that’s where all top national players are playing.

“The LIV tour does not have a points system that’ll enable you to keep playing the tours. If you’re not playing in majors or you’re not playing in the regular tour, where are you going to get your points to qualify for the majors? This is far more complicated than people are making it out to be.”

Norman: Evolution of golf has arrived

Former Masters champion Charl Schwartzel collected a staggering $4m dollars for his one-shot victory in the series opener, nearly three times the amount he won for his major success in 2011, with compatriot Henni du Plessis in second place.

The South Africans were part of Stinger Golf Club in the four-man team event, meaning they – along with Branden Grace and Louis Oosthuizen – shared a further $3million equally between them.

Tournament CEO Norman, who attempted to set up a world tour in 1994, said: “All I can say is the evolution of the game of golf has arrived and LIV is alive. For 27 years there’s been a lot of obstacles put in our path, a lot of dreams have tried to be squashed, but they couldn’t squash us and golf was always going to be the force for good out of all this.

“To see the way the players have reacted over the past three days, to see the performance on the golf course and all the excitement, it’s a new energy to the game of golf.

“We’ve got a tremendous future ahead of us and this is just the start, trust me. We’re going to supercharge the game of golf as we head to Portland, as we head around the world showing that golf can be a force for good.”