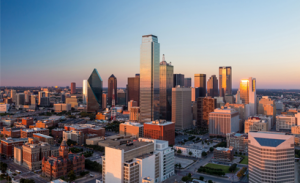 The latest Economic Impact Report (EIR) from the World Travel & Tourism Council (WTTC), which represents the global Travel & Tourism private sector, reveals that the U.S. Travel & Tourism sector is projected to contribute over $2.6 billion in gross domestic product (GDP) to the U.S. economy over the next decade.

According to the forecast, produced in partnership with Oxford Economics, between 2022 and 2032, jobs in the U.S. Travel & Tourism could grow at an average rate of 3.9% annually, representing a 47% increase from 2022 expected job levels.

Whilst the global tourism body welcomes the new National Travel and Tourism Strategy, which aims to ensure the future growth of Travel & Tourism in the U.S. and create new jobs, WTTC says only immediate action now can secure the long-term recovery of the sector and create more than 6.3 million jobs over the next decade.

For 2022, WTTC projects that the sector’s GDP contribution will grow by more than 42% versus 2021, reaching more than $1.8 billion by the end of this year and accounting for 7.6% of the entire U.S. economy.

By year-end, the global tourism body forecasts that employment in the sector could increase as much as 28%, reaching 13.5 million jobs nationwide, from a high of 16.8 million in 2019.

“The long-term recovery of the U.S. Travel & Tourism sector looks positive, bringing more than 6 million new jobs to the U.S. economy over the next 10 years,” said Julia Simpson, WTTC President & CEO. “But the landscape is highly competitive, and the U.S. is losing out on international visitors.”

Simpson continued: “Full recovery of Travel & Tourism relies on a significant rebound of international travel. While the new National Travel and Tourism Strategy is a step in the right direction, 2021 was another difficult year for U.S. economy and the millions of livelihoods who rely on it.

“Many countries’ Travel & Tourism sector is bouncing back to pre-pandemic numbers next year, but the U.S. is not expected to recover until 2025.”

Despite strong projected growth in employment and GDP contribution over the next 10 years, WTTC’s data indicates that pressure created by slow international traveler spending in the U.S. will continue to drive a significant performance gap in the sector’s recovery this year.

At the current pace of the recovery, the U.S. international spending would not return to pre-pandemic levels until 2025, showcasing the urgency of opening borders to international travelers.

In fact, international traveler spend to the U.S. remains far below pre-pandemic levels, resulting in a slower-than-expected recovery of international tourism revenue.