Home Culture British success, the first ever non-binary winner and an EGOT – all... 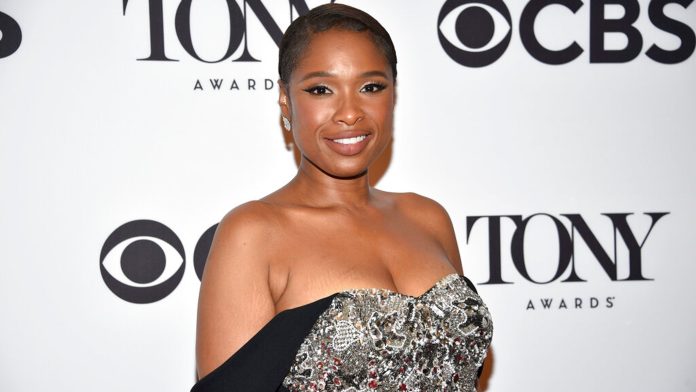 British stars were among the big success stories at the Tony Awards, on a night of historic moments that also saw Jennifer Hudson achieve EGOT status and the ceremony’s first non-binary winner announced.

EGOT status refers to performers who have won all four major entertainment awards – an Emmy, Grammy, Oscar and a Tony – with Hudson picking up her prize as a producer for A Strange Loop, which won best musical.

Opening with a medley performance of songs from famous musicals such as Chicago, Hamilton and West Side Story, Oscar-winning actress and host Ariana DeBose said she was proud to be on presenting duties on a night celebrating increasing inclusion in theatre.

“I am so proud to be hosting the first Tony awards since Broadway got its groove back… I am so proud that theatre is becoming more reflective of the community that adores it,” she told the audience.

“And while we have not solved all our problems, I feel like the phrase Great White Way is becoming more of a nickname as opposed to a how-to guide.”

Beale, who was named best actor for his performance in The Lehman Trilogy – directed by Mendes – said the accolade was an “enormous honour” but that he felt “sheepish” winning ahead of fellow British co-stars.

“We all did the same amount of work,” he said.

A three-act play by Italian novelist and playwright Stefano Massini, The Lehman Trilogy follows the lives of three immigrant brothers as they arrive in the US.

Mendes won best direction of a play for his work on the production, which was also awarded the Tony for best play, while Marianne Elliott earned her third Tony award for best direction of a musical for Company. She paid tribute to the late composer Stephen Sondheim in her acceptance speech.

“Thank you first and foremost to Stephen Sondheim for trusting me to tell his story in a different way and putting a woman front and centre,” Elliott said.

The final award of the night, best musical, was won by A Strange Loop, created by Michael R Jackson, who also won best book of a musical.

Wearing a long pink kaftan over his formal wear Jackson told audiences about his journey as a young, gay black man, having started writing it when he was 23.

“Never settle for anything less than the best you can do,” he said.

Hudson won her Tony as a producer of the musical, coming following her Oscar for best supporting actress for Dreamgirls in 2006, and Emmy for her producer role on Baba Yaga in 2021.

She is also a two-time Grammy-winner, having won awards for best R&B album in 2009 and best musical theatre album in 2017.

EGOT status has only been awarded to 16 other stars, with the list including Lord Andrew Lloyd Webber, Rita Moreno, John Legend and Whoopi Goldberg.

Elsewhere, Jesse Taylor Ferguson took home the award for best featured actor in a play for his performance in Take Me Out, while Broadway veteran Patti LuPone won best featured actress in a musical, for her role in Company.