Home Culture How Ukraine Is Winning the Propaganda War 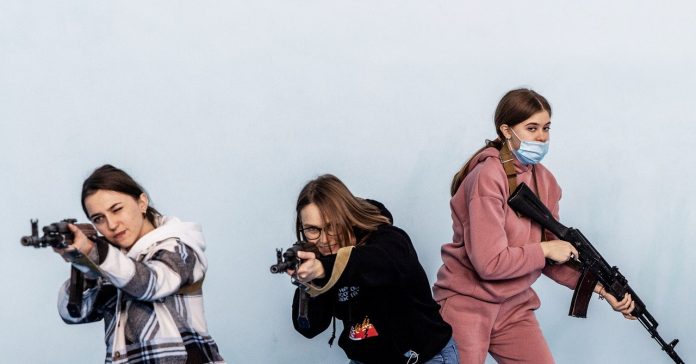 It took two months for Ukrainian officials to acknowledge the story was a myth. “The ghost of Kyiv is a superhero-legend, whose character was created by Ukrainians,” Ukraine’s Air Force Command said on Facebook on April 30. “Please do not fill the info space with fakes!”

The Ghost of Kyiv was an early lesson for Ukrainian officials, says Laura Edelson, a computer scientist at New York University who researches political communication. “I think that they did pull back on that kind of thing. When you’re speaking to Western Europe and North America, you do need to be perceived as trustworthy,” she says. “There was a pivot from telling the story of this mythical fighter pilot to telling the stories of everyday Ukrainians.”

Encouraging resistance is going to become more crucial if Russia attempts referendums in occupied territories, says Paul Baines, professor of political marketing at the University of Leicester’s School of Business. “This is a way of trying to ensure that people in those areas don’t vote in those fake referendums,” he says of Ukraine’s communications strategy. At the end of April, Fedorov posted a video on Telegram that combined Banda’s campaign branding with footage showing the city of Kherson, then occupied by Russia. “In Kherson, residents are once again going to a rally to explain to the occupiers that there will be no ‘referendums,’” wrote Federov. “Thank you for your courage.”

But domestic communication also has to align with international messaging: that if Ukraine had better weapons, it could beat Russia and that democracy in Europe hinges on the country’s success. “Funding depends on [the information war], sanctions depend on it,” says Jon Roozenbeek, a misinformation researcher at the University of Cambridge.

That’s the reason Banda’s courage campaign was pushed around the world, with the English adverts swapping the word courage for the word bravery. The word bravery, in Banda’s font and flanked by blue and yellow, has been displayed in New York’s Times Square and was the backdrop for a speech UK prime minister Boris Johnson made in May.

Since Banda’s campaign was launched, the idea of everyday heroism as a morale booster has become commonplace in Ukraine, with MPs and civil society groups echoing the message. “Every volunteer project has its own mission and goal, but all of them tell the stories of how Ukrainians are fighting, which gives others examples and inspires them to join the fight or to continue fighting,” says Nataliia Mykolska, cofounder of Data Battalion, an open source database that collects photos and videos of Russian aggression.

“I don’t think that Ukraine is going to win this war solely off the back of the bravery campaign, very far from it,” says Baines. “But it is a part of the jigsaw puzzle of how they ensure the West continues giving them weapons and ensure their own people resist Russian efforts to seize their sovereignty.”