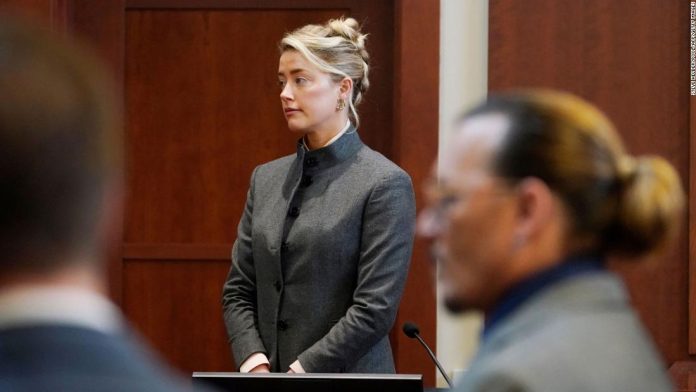 The “Aquaman” star talked to NBC News’ Savannah Guthrie and a preview released Monday.
Both Heard and Depp were found liable for defamation in dueling lawsuits against each other. The jury, however, awarded significantly more damages to Depp.
She told Guthrie she understood.
“I don’t blame them. I actually understand,” she said. “He’s a beloved character and people feel they know him. He’s a fantastic actor.”
Heard also said she doesn’t “care what one thinks about me or what judgments you want to make about what happened in the privacy of my own home, in my marriage, behind closed doors.”
“I don’t presume the average person should know those things,” she added.
“I don’t take it personally,” she said. “But even somebody who is sure I’m deserving of all this hate and vitriol, even if you think that I’m lying, you still couldn’t look me in the eye and tell me that you think on social media there’s been a fair representation. You cannot tell me that you think that this has been fair.”
“Johnny Depp’s legal team blanketed the media for days after the verdict with numerous statements and interviews on television, and Depp himself did the same on social media,” a spokesperson for Heard said in a statement to CNN. “Ms. Heard simply intended to respond to what they aggressively did last week; she did so by expressing her thoughts and feelings, much of which she was not allowed to do on the witness stand.”
CNN has reached out to representatives of Depp for comment.
The NBC interview will air on “Today” Tuesday and Wednesday, as well as on “Dateline.” on Friday.