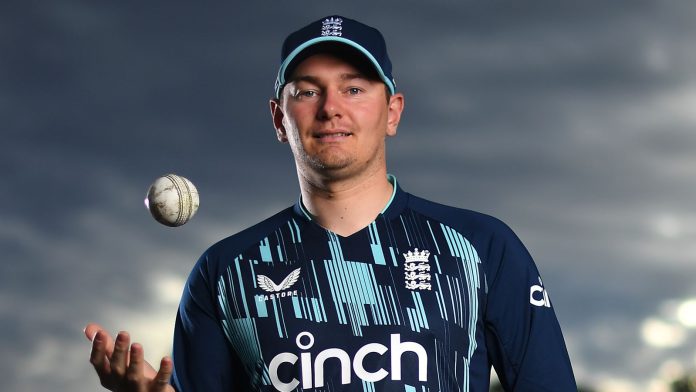 England convincingly won the T20 series 4-1, meaning just one victory was needed from three ODI encounters to see the touring side retain the Ashes; nineteen-year-old paceman Kester Sainsbury starred, taking 3-25 to bowl Australia out for 71 and set up the series-clinching victory

England’s Learning Disability cricketers retained the Ashes in style with a resounding eight-wicket win over Australia in Brisbane.

Another outstanding bowling and fielding effort from Chris Edwards’ side saw Australia skittled for 71, before England reached their target in 12 overs to take an unassailable 5-1 lead with two games still to play.

A convincing 4-1 win in the T20 series meant just one victory was needed from three ODI encounters, and the longer 40-over format was always likely to showcase England’s greater depth, particularly with the bat. But it was with the ball that they proved most destructive.

Teenage paceman Kester Sainsbury was the star of the show, ripping out Australia’s middle order with 3-25.

Tayler Young set the tone by bowling Boyd Duffield (4) in the third over with the score on eight after Australia had chosen to bat, and when veteran Gavan Hicks was run out for 16 at 32-2 in the ninth, they were firmly on the back foot.

Sainsbury, getting good bounce and carry, reduced the hosts to 32-3 when he had skipper Haydn Brumm caught behind (1), and after the 19-year-old then castled Joel Corbett (10), one of Australia’s few batting successes of the series, the home side were reeling at 35-4 in the 12th over.

Sainsbury finished his work with the wicket of Craig Blaschke (2) and a smart bit of glovework from Jack Perry – fresh from a brilliant century in the final T20 – had Nat Young stumped off Alex Jervis to leave Australia 46-6.

Left-arm spinner Kieron McKinney (2-4) finished the job when he bowled Jamie Phillips (10) with two balls of the 22nd over left.

Though Jonny Gale was dismissed early on for England, caught behind off Matt Lawrence in the second over with the score on seven, the unflappable pair of Dan Bowser and skipper Edwards shut the door on any hopes Australia had of producing an extraordinary comeback.

The pair appeared to have eased England to a nine-wicket win before Bowser (41 from 34) was pinned leg before by Hicks with three needed. It was left to Ronnie Jackson to stroll out and hit the winning boundary to see England home with his skipper undefeated on 16.