Home Sport What can we expect at the US Open? Storylines to follow 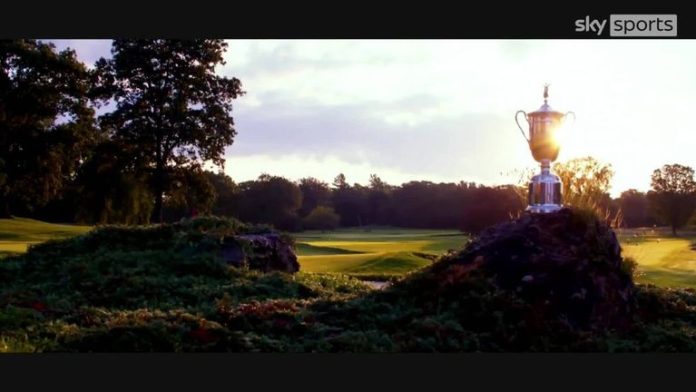 Round-the-clock coverage from Boston is live on Sky Sports this week, with over 40 hours of live action from the four tournament days; Watch the 122nd US Open live on Thursday from 1pm on Sky Sports Golf!

Will the LIV Golf Invitational Series continue to dominate discussion at the US Open? Can Rory McIlroy finally find a fifth major title? Could we see an English winner in Boston? Talking points ahead of this week’s major at The Country Club in Brookline, live on Sky Sports….

Who will be next to join the PGA Tour exodus?

This week’s major is the first tournament since the controversial LIV Golf Invitational Series finally got under way, where Charl Schwartzel became $4.75m richer after winning both the individual event and the team competition at the Centurion Club.

Schwartzel isn’t part of the US Open field but several of last week’s 48-man line-up are, including his Stinger GC teammates Louis Oosthuizen and Branden Grace, along with 2016 winner Dustin Johnson and six-time runner-up Phil Mickelson.

The PGA Tour announced on Thursday that all 17 of its members involved last week in the Greg Norman-fronted event would no longer be eligible to compete in Tour events, although many of those players had already resigned from the Tour.

Bryson DeChambeau, Patrick Reed and Pat Perez have already committed to the second event, taking place in Portland from June 30-July 2, with several other PGA Tour players heavily linked to the Saudi-backed circuit.

The PGA Tour has confirmed that it will continue to suspend players wanting to join the LIV Golf Invitational Series, although it remains unclear whether that threat is enough to prevent other names from making the switch.

The six-time US Open runner-up has dominated the golf headlines in recent months for his controversial comments about Saudi Arabia and the PGA Tour, with Mickelson only ending his self-imposed exile from golf to compete in the LIV Golf Invitational Series last week.

Mickelson said he returned to golf with a “renewed spirit and excitement” ahead of his first competitive start since February, where he finished in tied-33rd after following an opening-round 69 with rounds of 75 and 76 over the weekend.

The 51-year-old missed The Masters for the first time in 28 years and skipped his PGA Championship title defence, a year on from becoming the oldest major winner in history, with this week’s event his first on home soil since his four-month hiatus and the only major needed for the career Grand Slam.

His performance in Hertfordshire offered little to suggest that Mickelson will be a serious contender this week, while it will be interesting to see whether his turbulent few months will have tarnished his legacy and reception from the American crowd.

Rory McIlroy arrives in Boston off the back of a successful title defence at the RBC Canadian Open, his 21st PGA Tour title and second of the season, leaving the Northern Irishman confident of challenging for a US Open victory and overdue fifth major title.

McIlroy’s victory in Canada means he has the chance to become the first player to win a major the week after a PGA Tour title since 2014, when he claimed the WGC-Bridgestone Invitational and the PGA Championship – the most recent of his major victories – in successive weeks.

The Northern Irishman romped to an eight-shot win at the 2011 US Open and has posted top-10 finishes at the event in each of the last three years, while McIlroy’s impressive run since claiming second at The Masters in April has seen him rise back up the world rankings to No 3.

McIlroy showcased a world-class wedge game in Canada, where he led the field in driving distance and strokes gained from tee to green, with the 33-year-old now hoping to continue his momentum at the third men’s major of the year.

“There’s no better way to prepare yourself for tournament golf than to be in contention, having to hit the shots when you need to,” McIlroy said after his win on Sunday. “I proved this week that I can do that and hopefully get myself back into position to have to do that again next week.”

Will we see English success in New England?

Just two English players in the modern era have won the US Open, with Justin Rose in 2013 the first since Tony Jacklin’s dominant victory in 1970, but Matt Fitzpatrick is looking to end that run at a venue where he has already celebrated success.

Fitzpatrick moved top of the amateur world rankings with his victory in the 2013 US Amateur at The Country Club, prevailing over a field containing future stars including the likes of Bryson DeChambeau and Xander Schauffele to become the first English winner of the historic event.

The seven-time DP World Tour winner has yet to win on American soil as a professional but has been in contention plenty of times in recent weeks, sharing second place at last month’s Well Fargo Championship and posting a career-best major finish in the PGA Championship.

Jack Nicklaus is the only player to have won the US Open and US Amateur at the same venue, with Fitzpatrick looking to emulate the 18-time major champion and become just the 13th player – and first since Tiger Woods – to win both events in their careers.

Among the other English hopefuls is Rose, who threatened to post the lowest round in PGA Tour history on his way to a closing 60 in Canada on Sunday, while Tommy Fleetwood has missed just one cut in the past 13 months and finished runner-up during the 2018 contest.

What can we expect from Scheffler?

Scottie Scheffler will retain his world No 1 ranking regardless of his result this week, following a remarkable start to the year, although the FedExCup leader has seen his winning streak come to a halt since securing a major breakthrough at The Masters.

The three-shot victory at Augusta National in April was his fourth in six starts on the PGA Tour, having claimed his maiden title at the WM Phoenix Open and added further wins in the Arnold Palmer Invitational and the WGC-Dell Technologies Match Play.

Scheffler unexpectedly missed the cut at last month’s PGA Championship and then failed to convert a 54-hole lead at the Charles Schwab Challenge, losing to Sam Burns in a play-off, while a final-round 66 was only enough for a share of 18th place at last week’s RBC Canadian Open.

Any of the world’s top 10 can jump to world No 2 with a victory this week, which would put pressure on Scheffler’s ranking going into a busy summer, although the American arrives with the most impressive major scoring record of any golfer since the start of the Covid-19 pandemic.

Despite an early exit at Southern Hills last month, Scheffler still has a cumulative score in majors some nine shots better than any player since the beginning of 2020, with the 25-year-old now looking to become the first player since Brooks Koepka to win multiple majors in a calendar year.

Who will win the US Open? Watch throughout the week live on Sky Sports. Live coverage begins on Thursday from 1pm on Sky Sports Golf!