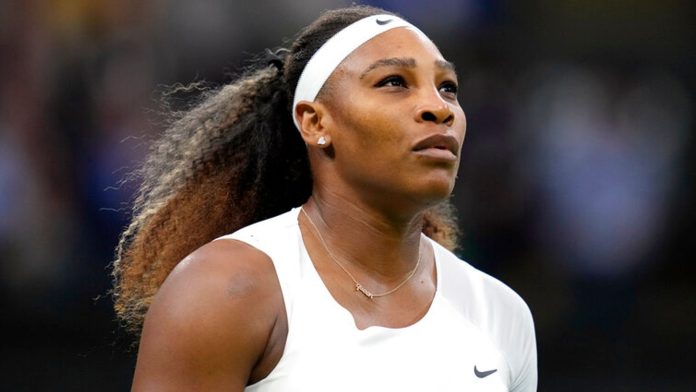 Serena Williams set to make her comeback at Eastbourne next week and then Wimbledon; the seven-time champion at the All England Club posted on Instagram: “SW and SW19. It’s a date. 2022 See you there”

Serena Williams will play doubles at the Rothesay International Eastbourne next week, while the 23-time Grand Slam champion has also been handed a Wimbledon singles wild card.

The 40-year-old made a tearful exit in the first round of Wimbledon 12 months ago after retiring during the first set due to a leg injury and doubts have been growing about whether she would return.

After tagging Eastbourne in her post, organisers later announced she will pair up with Tunisia’s world No 4 Ons Jabeur for the doubles event.

Williams, now ranked a lowly 1,208, has also been handed a singles wild card for Wimbledon, which begins on Monday, June 27.

The initial batch of wild cards for singles and doubles was announced on Tuesday with Williams joining a whole host of Brits on the list, including Katie Boulter and Jodie Burrage, as well as three-time Grand Slam champion, Stan Wawrinka, who has returned from a long-term foot injury this season.

After her long-time coach Patrick Mouratoglou revealed in April he had taken on a new role with Simona Halep, suspicions that she had effectively retired grew, not least because the American was focused on her business ventures and life as a mother to four-year-old daughter Olympia.

She has twice reached the final since returning from maternity leave in 2018, losing to Angelique Kerber that summer and Halep the following year.