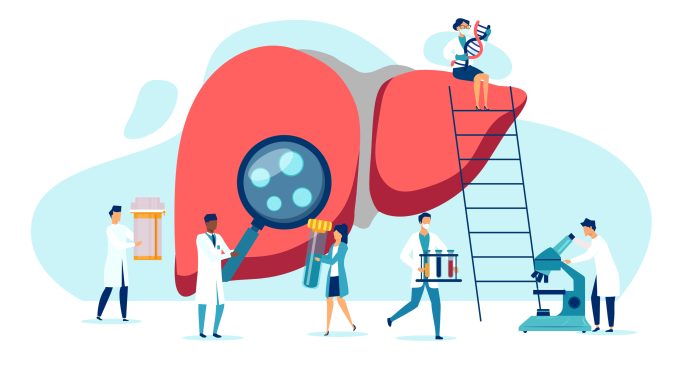 The human liver is something of a workhorse. It removes toxins from the blood, helps with digestion, fights infections and regulates blood sugar and cholesterol levels. Every time it filters alcohol, however, some of the liver’s cells die. Fortunately, the liver is a hardy organ and can regenerate itself, undoing much of this injury.

In fact, studies have shown that a liver can regrow itself back to a normal weight even after as much as 90 percent of its tissue has been removed – and nor does it take long to do so. The human liver can re-establish its normal weight within just 15 days. All this makes the liver unique among organs.

Researchers are searching for ways, however, to boost the liver’s regenerative capacity so that transplants aren’t needed so often. They’re also turning their focus to other organs in the body, notably the heart, to see if they can replicate the liver’s capacity for regeneration.

The liver isn’t indestructible. Some liver damage lasts and can be life threatening, especially if the injury is found within the bile ducts, an intricate series of tubes that transport bile from the liver to the digestive system.

Bile’s severe biochemistry can damage cells that haven’t evolved strategies to deal with it. Bile ducts, for example, have a layer of cells that safeguard them from bile, but sometimes this protective layer is defective, leading to damage that the liver can’t repair. Biliary disease is responsible for 70 percent of liver transplants in children and 30 percent in adults.

Scientists are testing one technique at the University of Cambridge to reduce transplants using organoids, which are multicellular tissues with sophisticated structures that resemble whole organs. They’re bioengineering these organoids into living tubes hoping to one day replace damaged bile ducts in humans. They’ve already proved that the procedure is possible in mice.

Other scientists are meanwhile looking into new ways to encourage tissue regeneration in other organs. In a 2021 study, researchers at the University of Wollongong in Australia detailed how 3D printing might help to achieve skin restoration following significant trauma.

But the holy grail of regenerative medicine is the heart. After a heart attack, large parts of cardiac tissue die after oxygen deprivation. The heart patches over these damaged regions with scar tissue, but these modified muscles are weaker and don’t pump blood as well as they used to. This can lead to heart failure. Scientists dream of finding a way to induce the heart to repair itself and thus undo the damage heart attacks cause.

Some argue the best way to achieve this is through stem cells. Originally, researchers thought stem cells might reproduce to become cardiac tissue. Several contentious papers in the early 2000s made claims of successful stem cell therapies that other scientists found difficult to replicate. Eventually, the controversy resulted in a high-profile scientist losing his research position at Harvard Medical School in 2015.

Studies have since suggested that any benefits that come from injecting stem cells into damaged hearts might not come from multiplying those stem cells at all, but rather the substances those cells produce and excrete.

“Most cells that you inject into the heart end up dying,” says Michael Schneider, a research cardiologist at Imperial College London. “The benefits are likely what cells make rather than what they become.”

The stem cell approach is also faced with a serious question: How can researchers scale up stem cell production and keep those stem cells viable for long enough so hospitals around the world could use them?

There is no shortage of challenges facing researchers who are pursing regenerative medicine, but they’re all working to make the liver a little less unique in its self-healing ability.