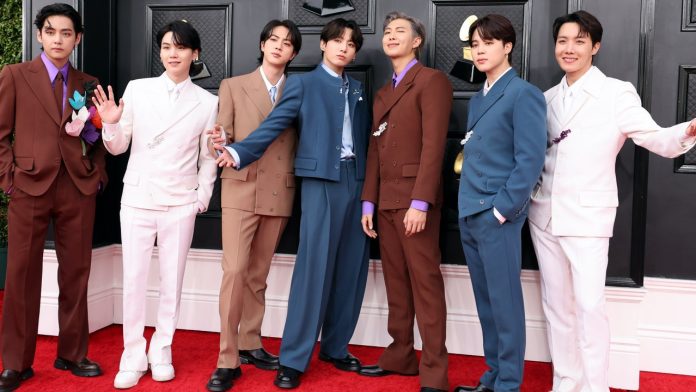 BTS made headlines today (June 14) after releasing footage from their annual Festa event. In the video, band member Suga said in Korean around the 21-minute mark, “We’re going into a hiatus now.” He continued, “We have to talk about the direction we’re taking.”

Later, Jungkook promised, “We’re each going to take some time to have fun and experience lots of things. We promise we will return someday even more mature than we are now.”

When reached by Pitchfork, a representative for the band said, “To be clear, they are not on hiatus but will take time to explore some solo projects at this time and remain active in various different formats.”

In December 2021, Big Hit Music announced that BTS were taking an “official extended period of rest.” The band returned a few months later to perform at the Grammy Awards. BTS recently released the anthology album Proof.