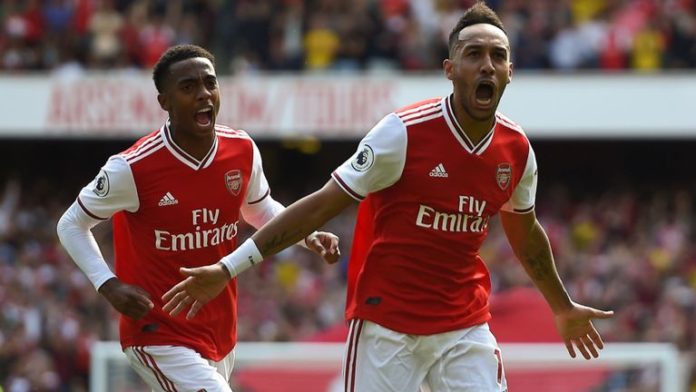 David Luiz says ambition was the reason he decided to join Arsenal this summer and insists staying at Chelsea would have been the easier option for him.

The 32-year-old defender made his Gunners debut in Saturday’s 2-1 Premier League win over Burnley having swapped west London for north London.

New Chelsea head coach Frank Lampard, who had played alongside Luiz at Stamford Bridge, allowed the Brazil international to leave as he was not part of his plans for the new season.

Luiz was warmly welcomed to the Emirates Stadium as goals from Alexandre Lacazette and Pierre-Emerick Aubameyang proved enough to see off Burnley, who had equalised through in-form Ashley Barnes.

Luiz is expected to become a big part of Unai Emery’s plans for the campaign, playing alongside Sokratis Papastathopoulos as he did at the weekend, and the South American is raring to go for a new chapter in his career.

“I am a guy with ambition and that is why I moved,” he said.

“I could choose a comfortable zone and get money and be cool and that is it. But I like a new a challenge and new things in my life.

“This is what gives me oxygen and gives me motivation and also to really enjoy this moment of my life. One day football will finish and you have to try to do things and improve every day as one day I will miss football.

“I am trying to be first honest with my heart and honest in the way that to try to feel new things. Everyone knows I was so happy at Chelsea and won many trophies there and had a real honest conversation with Lamps, and Lamps had different ideas for his plans for the year.

“So the best way for me to respect the club where I can was to move on and try to do a new challenge – and give him the opportunity to do his job.”

Luiz’s last game for Chelsea was last season’s 4-1 Europa League final win over Arsenal – but he now wants to use his experience to help his new side get back among the elite – and feels it is all about the squad having belief in their capabilities to do so.

“In life you have to believe, if you don’t try things you are never going to know if you can do it or not,” he added.