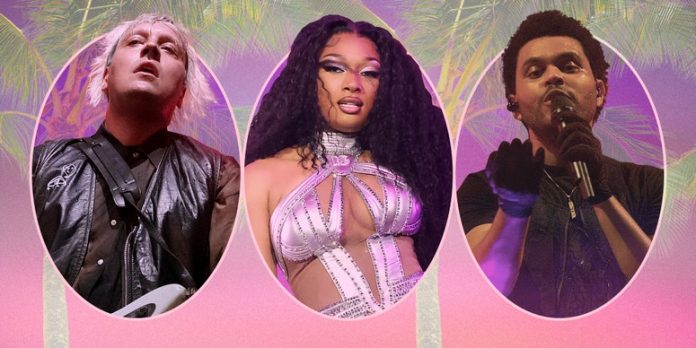 Coachella has announced its return for another year, taking over the Empire Polo Club in Indio, California for its usual two weekends in April. It happens April 15-17 and 21-23, 2023.

After two years of pandemic-related cancelations, the festival’s 2022 edition presented Harry Styles, Swedish House Mafia x The Weeknd, Billie Eilish, Megan Thee Stallion, and more. Frank Ocean is slated to headline in 2023, a holdover from Coachella’s scrapped 2020 lineup. Travis Scott, another rescheduled 2020 headliner, canceled his 2022 appearance after the fatal crowd crush tragedy at Astroworld. He ultimately performed at an afterparty. Kanye West also dropped out after being announced as a 2022 headliner in January, following a bout of erratic public behavior and his demand for Billie Eilish to apologize to Travis Scott over comments that West perceived to be insulting.

The Best and Worst of Coachella 2022