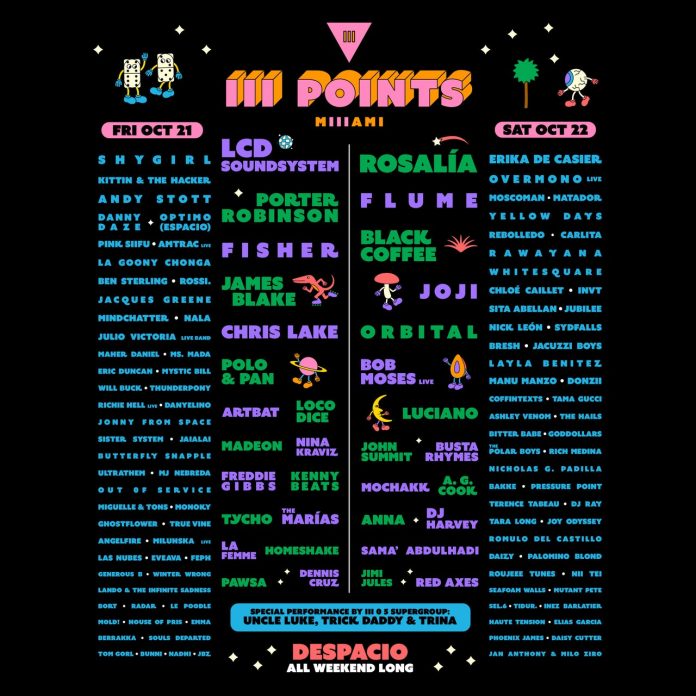 LCD Soundsystem are on the bill for the 2022 III Points Music Festival in Miami, Florida. They’ll perform on Friday, October 21. Other acts on the III Points lineup include Rosalía, Porter Robinson, James Blake, Chris Lake, Flume, Black Coffee, Orbital, and Joji. In addition, the festival will feature a supergroup performance from Miami hip-hop artists Uncle Luke, Trick Daddy, and Trina. III Points will take place at Mana Wynwood on October 21 and 22. See the lineup in the poster below.

So far this year, LCD Soundsystem have performed on Saturday Night Live and had concert residencies in Boston and Philadelphia. In addition, James Murphy played a DFA anniversary party in New York. Coming up, the band has residencies in London, Oakland, and San Francisco, as well as festival dates at Bilbao BBK Live in Portugal and This Ain’t No Picnic in California.