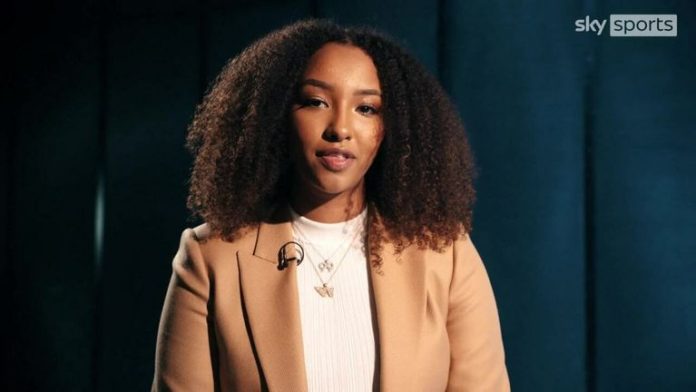 Naomi Schiff competed in the W Series back in 2019, started karting aged 11, and has also raced in prototype, GT and single seater cars; Lewis Hamilton: “Naomi is an ex-professional racing driver & totally qualified to give her opinion as part of the Sky team”

Lewis Hamilton says there is a “long way to go to change these attitudes” after the credentials of Sky Sports F1’s Naomi Schiff were questioned by a Twitter user.

Schiff joined the Sky punditry team for the 2022 season as an analyst, and also co-hosts Any Driven Monday after race weekends on Sky Sports F1’s YouTube channel.

The 28-year-old is a professional racing and stunt driver, and competed in the W Series back in 2019 before becoming the championship’s Diversity and Inclusion Ambassador.

A user on Twitter, however, questioned her qualifications to analyse racing, to which she replied with three yawning emojis.

Seven-time F1 world champion Hamilton then took to Twitter to insist Schiff is a “great asset” to the Sky team.

“Naomi is an ex-professional racing driver & totally qualified to give her opinion as part of the Sky team,” Hamilton said.

“She’s been a great asset since joining & we should welcome more representative broadcasting with open arms.

“Still have a long way to go to change these attitudes in sport.”

Schiff sat down with Hamilton for an interview ahead of the 2022 season, where he spoke of his aspirations and the last-gasp title defeat in Abu Dhabi last year.

The pair also discussed their first meeting 12 years prior in South Africa.

Brown: I should have retired after Celtic | Why I chose Fleetwood over Scotland

Phoenix extinguish Fire to snatch victory from jaws of defeat

She fled Afghanistan with her law degree sewn into her dress....

What are the risks of a nuclear accident in Ukraine?