Home Sport Jones: Ref should have got yellow card 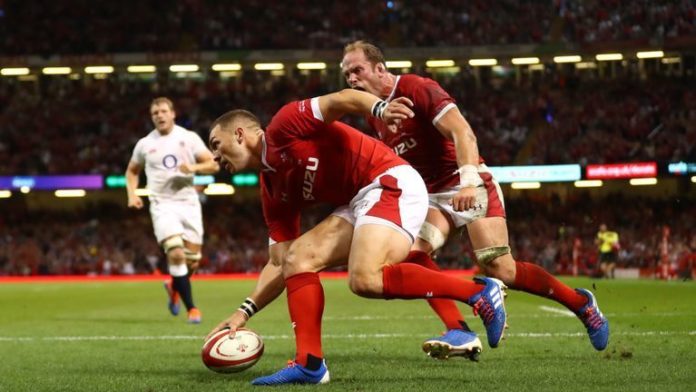 Eddie Jones believes referee Paul Gauzere should not have allowed George North’s match-winning try to stand as England fell to defeat against Wales at the Principality Stadium in Cardiff.

England were expecting Gauzere to wait for the sin-binned Anthony Watson to leave the pitch as punishment for a deliberate knock-on before allowing Wales to restart play.

However, there is no law requiring the referee to pause the game until the carded player is off the field.

When asked if Gauzere should have waited, England head coach Jones replied: “I think we all thought that was the law. So maybe the yellow card should have gone to the referee.

“It is what it is. We had to cope with whatever he decided was right. And if he wants a variation of the law, we’ve got to be good enough to cope with it.

“It’s not worth going into it because I don’t want that to be the headline of the game. It happened, we had to cope with it, didn’t cope with it, and they scored their winning try. So be it.”

Jones also resumed an attack on World Rugby that began incoherently at Twickenham last Sunday when he turned on referee Mathieu Raynal, before criticising a red card for dangerous play shown to New Zealand 24 hours earlier.

The Australian was part of a panel that in 2016 advised World Rugby what measures should be taken as part of a zero-tolerance policy to reckless and accidental head contact.

“You’re not allowed to comment on referees. World Rugby are like Big Brother, they have facial recognition everywhere, you say one word and you’re in trouble,” he said.