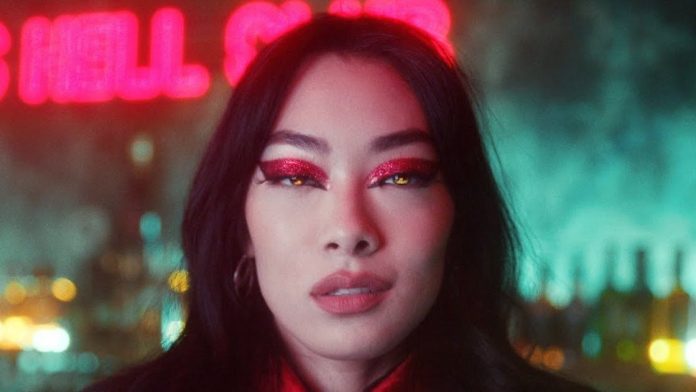 Rina Sawayama has shared a music video for her Hold the Girl single “This Hell.” Rina gets hitched at a ho-down wedding and celebrates her nuptials with a slew of pals in cowboy hats in the glitzy clip. Watch it all go down in the Ali Kurr-directed visual below.

“It was amazing to get back together with director Ali Kurr (‘XS,’ ‘Bad Friend’) for the video for ‘This Hell,’” Sawayama said in a press release. “We always like to tell engaging stories through film together so this one was about love and community in the face of hatred and dissent.”

Sawayama released “This Hell” last month as her next LP’s lead single. She co-wrote the song with Vixen, Paul Epworth (who co-produced it alongside Clarence Clarity), and Lauren Aquilina. Sawayama performed “This Hell” live on The Tonight Show Starring Jimmy Fallon shortly after its release.