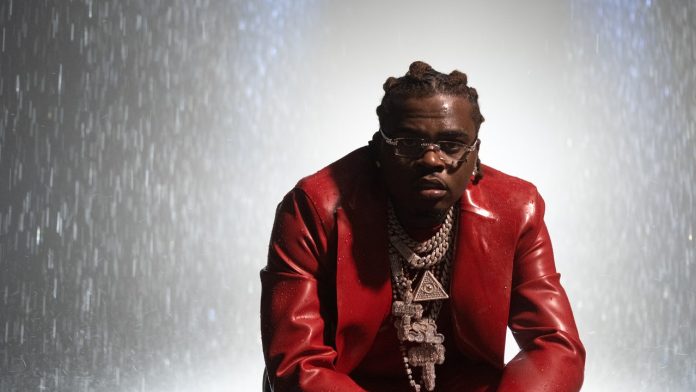 Gunna has shared a music video for his Valentine’s Day single “Banking on Me.” The rapper directed the romantic clip, which you can watch below.

Yesterday (June 14) on his 29th birthday, Gunna issued his first statement about his current incarceration on racketeering charges. Gunna was arrested in May and listed among 28 defendants (one of whom is Young Thug) in a RICO indictment of the label YSL (aka Young Slime Life, Young Stoner Life, and Young Slatt Life). The 56-count indictment defines YSL as a “criminal street gang” with ties to the Bloods.

Gunna pleaded not guilty to conspiracy to violate the RICO act. He was denied bond and is set to go to trial in 2023. “I am being falsely accused and will never stop fighting to clear my name!” Gunna wrote in his statement yesterday. “As a Black Man in America, it seems as though my art is only acceptable when I’m a source of entertainment for the masses.”

Gunna issued his most recent LP DS4Ever early this year. The rapper made his solo debut on Saturday Night Live in April, where he teamed up with Pete Davidson in a sketch about short movies. He performed “Banking on Me” and “Pushin P” (with Future) as musical guest.

Read “What Young Thug and Gunna’s Indictment Means for Rap Music on Trial.”