Home Culture Lil Wayne no longer appearing at festival after being denied entry to... 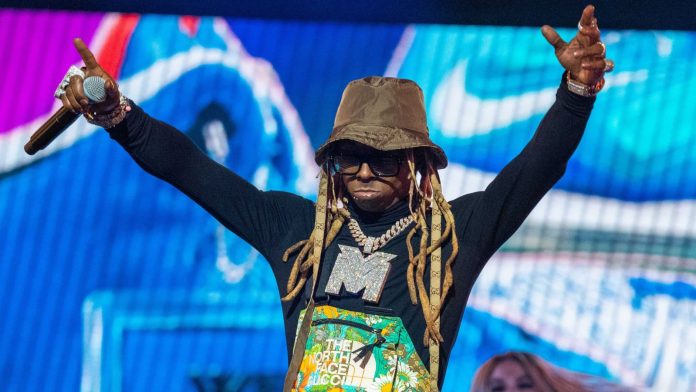 Lil Wayne will no longer appear at a music festival this weekend after he was banned from entering the UK.

The American rapper’s visa was denied by the Home Office in a “last-minute decision”, according to the Strawberries and Creem Festival, where he had been due to headline on Saturday.

The A Milli singer was expected to perform alongside the likes of Tion Wayne, Mabel, Wilkinson and Katy B.

Announcing the change in line-up, event organisers said they had “received minimal notice”, describing the timing of the decision as “upsetting for all involved”.

“Due to extreme circumstances beyond our control or influence, we are very sorry to inform you that Lil Wayne is now unable to perform at the festival,” they added.

“Lil Wayne has been refused entry to the UK directly by the Home Office in a last-minute decision. We are deeply disappointed by this sudden and negative ruling.”

According to organisers, the festival was due to be the muti-Grammy-winning artist’s only European show in 2022.

The Home Office confirmed the hip-hop star had been denied entry, saying that all individuals who have received a custodial sentence of 12 months or more “must have their application refused”.

Lil Wayne, whose real name is Dwayne Michael Carter, was sentenced to a year in prison back in 2010 on a gun possession charge, of which he served eight months behind bars.

In 2020, he pleaded guilty to a federal weapons charge but was later pardoned by then-president Donald Trump in January last year.

He has been denied entry to the UK in the past due to his criminal convictions.

Grammy-winning artist Ludacris will now perform in Lil Wayne’s place, but the decision did not go down well with ticket holders, with many demanding a full refund.

One tweeted: “Gotta be issuing refunds here. Literally, the only act people are coming for is Wayne. The only reason he hasn’t performed in the UK for so long was because he was refused entry before, so surely you checked this before announcing him?”

Another said: “Absolutely no way. Please can you let me know I can receive a full refund. This is false advertising.”

The festival has offered guests free entry for Sunday’s event or a discount on tickets for next year’s festival as a result.

Brighten your desktop with a whopping $300 off the Apple Studio...