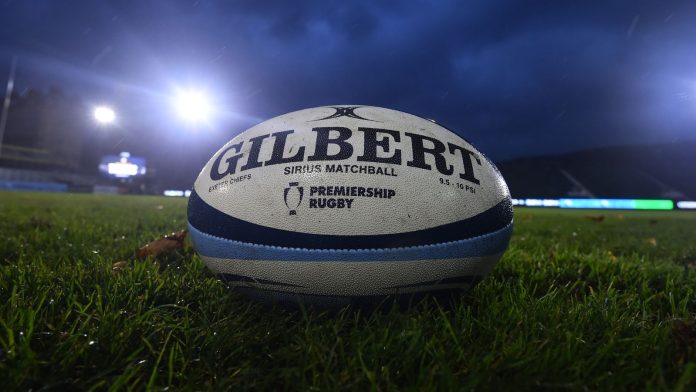 The Salary Cap report will become an annual publication following Myners Report recommendations; the report presents a detailed analysis of the Salary Cap expenditure of the 13 clubs and areas including operation and management of the Salary Cap and player salary insights.

Premiership Rugby has taken its first step towards “greater transparency” by publishing a salary cap report for the 2020-21 season.

The report, which does not show the wage bill of specific clubs or the salaries of players but offers an overview of spending in the Gallagher Premiership, will become an annual publication following Myners Report recommendations.

Former cabinet minister Lord Paul Myners, who died earlier this year, produced a report on Premiership Rugby’s salary cap in 2020 in the wake of Saracens being punished for repeatedly breaching rules.

One of the key recommendations called for improved transparency, which has been acted on by Premiership Rugby during a 20-page document which shows the average salary for senior players between July 1, 2020 to June 30, 2021, in addition to how much on average each player in certain positions earns.

Saracens flanker Ben Earl has been named Premiership Player of the Season after steering his side to second place in the regular season.

Premiership Rugby chief executive Simon Massie-Taylor said: “One of the main principles set out in the Myners Report emphasised the promotion of greater transparency, to broaden and deepen visibility and scrutiny about how the salary cap operates in practice.

“This report, which covers the season 2020-21 is borne from his recommendations and will become an annual publication.

“It was very sad to hear of the passing of Lord Myners earlier this year. Premiership Rugby is extremely grateful for the huge amount of time and commitment he put into the review.

“We believe that through his report and recommendations he has helped us continue to operate a world-leading system.”

Saracens are included in the salary cap report despite spending the 2020-21 season in the Championship, having been relegated following salary cap breaches.

They have since returned to English rugby’s top-tier competition and will contest Saturday’s Premiership final at Twickenham against Leicester. In March, the Tigers were fined almost £310,000 for non-compliances with salary cap regulations.

Andrew Rogers, salary cap director at Premiership Rugby, is confident there is plenty in place to warn clubs off from potentially trying to find ways around the current salary cap rules.

“If someone does decide to transgress, the power is there and they can have trophies stripped or can be relegated so there is serious punishment for transgression,” he insisted.

“We are always looking at things, that is key. A large part of investigatory work is part of what we do on a regular basis.

“That [Leicester] case in particular was a quick process due to the cooperation of the club. The news was leaked in December and the decision being made in March is quick in terms of sporting investigations so we were able to move quickly on that which was pleasing.”

Care’s RWC hopes? ‘He wouldn’t be here if he didn’t have that focus’

Danny Care could still be in the reckoning to be part of England’s 2023 Rugby World Cup squad following his recall.

Some of the key findings of the 2020-21 salary cap report included the average senior player total salary being £171,187 whilst fly-half remains the most lucrative position to play.

Other findings included, unsurprisingly, experience leading towards better wages with players who have made over 100 appearances in the Premiership earning on average £205,000. Meanwhile, those players with more than 50 international caps would receive £325,306 on average.

Every club is subject to an annual audit for the salary cap report, which allows Rogers to look back as far as a five-year period.

In addition to this, an extended audit now takes place for the English champions, which allows for a more forensic look at the finances of the best club in England.